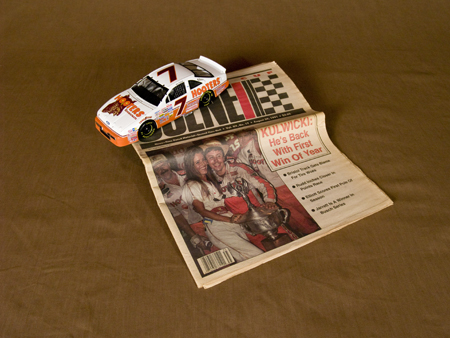 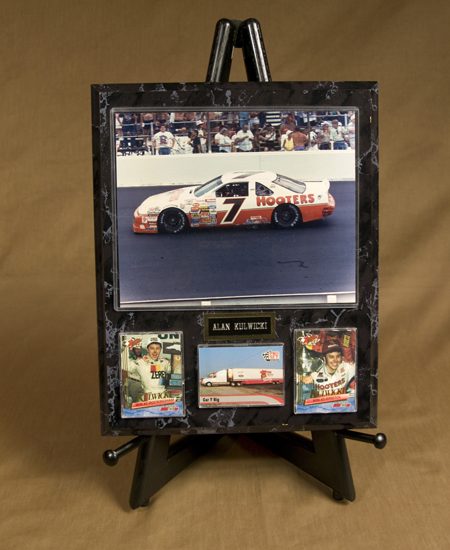 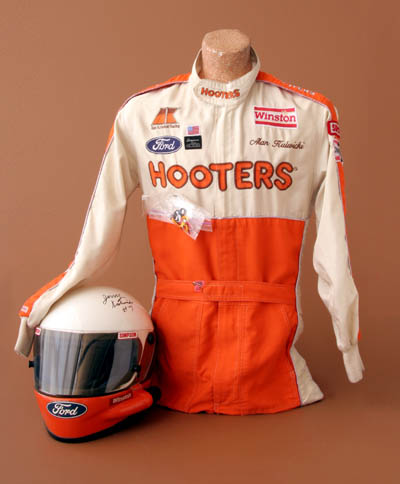 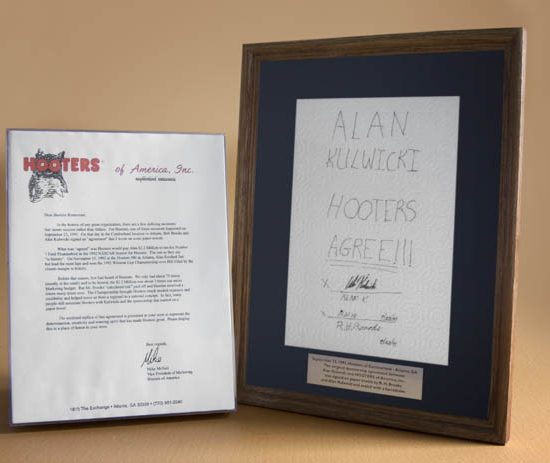 Alan Kulwicki worked his way from local Wisconsin dirt tracks to the NASCAR circuit, and earned the Winston Cup rookie of the year honor in 1986. He was unique in NASCAR in that he was a college-educated northerner in a field dominated by Southern “good ol’ boys,” as well as the owner of his own team. In 1988 Kulwicki won his first Winston Cup race and celebrated by taking what he called “my Polish victory lap.” Kulwicki drove around the track in the opposite direction to give him the opportunity to wave to the crowd from the driver’s side, a move that is now copied by many NASCAR drivers. In his career, Kulwicki won five Winston Cup races and had 10 pole positions. He died in a plane crash on April 1, 1993, just months after winning the prestigious 1992 Winston Cup Championship.

Auto Racing Champ Did It His Way

The late Alan Kulwicki accomplished so much in his short life and he did it his way.

Kulwicki was only 38 years old and the reigning NASCAR Winston Cup Champion when he died in April, 1993 in a private airplane crash. He was on his way back to Bristol, Tennessee to defend his Food City 500 Title after making a personal appearance in nearby Knoxville for his auto racing sponsor – Hooters, a national bar-restaurant chain. His death stunned the racing fraternity because only five months earlier the Wisconsin native came out of nowhere to win the 1992 Winston Cup trophy.

Kulwicki wasn’t your typical “good ol’ boy” on the popular NASCAR circuit. In fact, he was the only driver with a college degree (mechanical engineering, University of Wisconsin-Milwaukee), a Polish-American from the North without a Southern accent and a good-looking bachelor. He arrived on the scene in 1985 with high hopes, one truck, one race car, no sponsor and a paltry budget. Kulwicki’s mechanical ingenuity, determination and driving skills took him to the top in just eight seasons, beating many racing teams who had spent a lifetime in NASCAR competition.

The small, quiet Yankee carried his business papers in a briefcase because he started out with no agent, no business manager and no contract-negotiating team. Kulwicki did it all himself. The veteran drivers would shake their heads, admiring his spunk but pitying his chances.

In 1988 Kulwicki did the impossible – he won his first Winston Cup race. He celebrated by taking what he called “my Polish victory lap.”

Kulwicki drove around the track in the opposite direction – clockwise. “This gave me the opportunity to wave to the crowd from the driver’s side,” he explained. And all the veteran drivers and fans cheered the new star.

Offers to drive for major racing teams began pouring in, but Kulwicki’s goal was to win the Winston Cup as an owner-driver. That was done only once in the modern era by Richard Petty in 1979.

In 1991 Kulwicki finally took on a major sponsor -Hooters -and a year later he captured the coveted Cup. He won only two races but was a consistent high finisher at each stop on the NASCAR tour to stay in contention. Going into the season’s final race, the Hooters 500 in Atlanta, Kulwicki was in second place in the points standing. He trailed Davey Allison by 30 points and was 10 points ahead of third-place Bill Elliott. Midway through the race, Allison crashed, making it a contest between Kulwicki and Elliott for the title. Elliot eventually won the race, but Kulwicki finished second and picked up enough points to win the Winston Cup and the $1 million prize. It was the closest point race in history, and Kulwicki won it by leading one more lap and gaining valuable bonus points.

Suddenly, Kulwicki was one of the most popular drivers in auto racing. Fans respected his “I did it my way” approach and he would sit for hours signing autographs. No one could disagree when Kulwicki said, “If there ever was an underdog, it was me.”

At the Winston Cup awards banquet, they played Frank Sinatra’s “My Way” in tribute to Kulwicki. It was corny, but absolutely perfect.

Kulwicki reveled in his individualism. He liked being in the role of the underdog, and when he drove a Thunderbird, he sometimes covered the “Th” on his car so it would read “underbird.”

Kulwicki was a perfectionist. He always kept his hair perfectly coifed and would comb it before climbing out of his car after a race.

Alan Kulwicki truly did it “his way” and will be a “champion forever.”