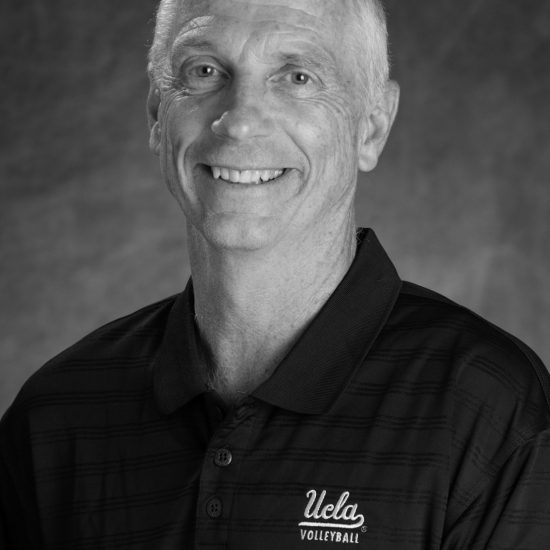 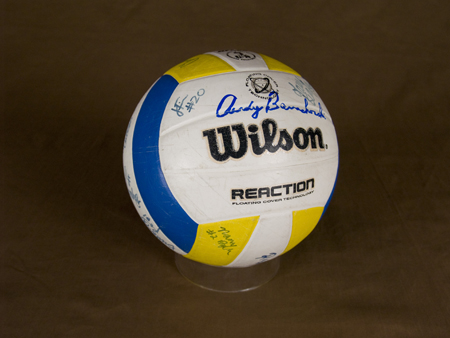 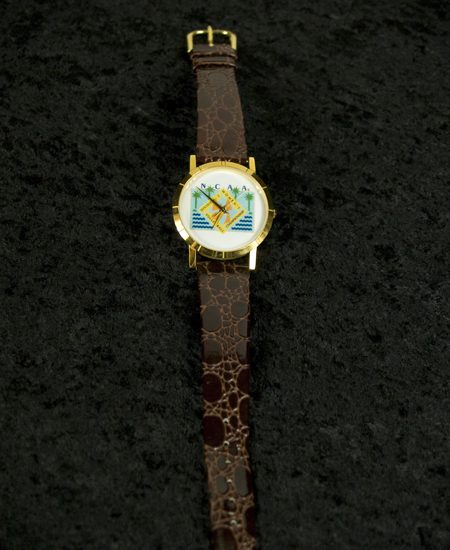 Andy Banachowski has been head coach of the UCLA woman’s volleyball team for the past 42 years.  He has been part of 12 volleyball National Championships, including 6 women’s titles as head coach, 4 men’s titles as assistant coach, and 2 others as a player.  In 1972, ’74, and ’75, Banachowski coached both the men’s and women’s teams to NCAA titles.  For years he was an Olympic advisor, and in 1993 was head coach of the U.S. team for the World University Games that won the silver medal.  In 2008, Banachowski coached the Bruins to their 10th consecutive 20-win season, bringing his career coaching record to an amazing 1082-292 (.787 winning percentage).  He was inducted into the National Volleyball Hall of Fame in 1997.

By:  Raymond Rolak,
NPASHF Past Board Chairman

Growing up in the San Francisco suburb of San Mateo, California, Andy Banachowski excelled in a variety of athletic activities.  But after graduating from high school, Andy decided to focus on only one sport, and left San Mateo to play volleyball for the UCLA Bruins. “My dad grew up in Pittsburg and when he came to California, he gave my brother and me every opportunity for sports.”  Andy’s dad, Chester Banachowski, got the boys involved in swimming, basketball and volleyball.  He also stressed education.  “I followed my older brother Alex to UCLA for volleyball even though swimming was my best sport,” said Banachowski.

Andy arrived on the campus of UCLA in 1965 and stayed…and stayed…and stayed even longer.  Now, no one wants him to leave.  Playing for UCLA coaching legend Al Scales, Banachowski was a standout on the Bruin’s 1965 and 1967 National Championship teams, and twice earned All-American honors.  After graduating in 1968, Andy joined the UCLA coaching staff as Scales’ chief assistant coach and soon became an instrumental part of four more National Championships, as the Bruin men earned NCAA National Titles in 1972, 1974, 1975, and 1976. Andy was well on his way to becoming a lifetime UCLA Bruin.

But Andy Banachowski’s greatest claim to fame grew out of his coaching success with the UCLA women’s volleyball team.  Since becoming the first coach of the women’s team in 1965, Banachowski has coached the Bruin women to six National Championships and more than 1,000 victories. He recently completed his 42nd year as head coach of the UCLA women’s team.  Ask him about his success and longevity, and Andy will tell you modestly that “it just happened.”  Hard work, loyalty, and dedication seem more the watchword – a formula that seems to resonate in so many other Polish-American success stories.

But longevity alone doesn’t make a Hall of Famer. Andy Banachowski has been selected as National Coach of the Year twice, in 1989 and 2006.  He has been Pac-10 Coach of the Year five times.  In 1997, Banachowski was the first women’s volleyball coach in history to be inducted into the National Volleyball Hall of Fame.  He has received every high accolade from the governing body, USA Volleyball. Banachowski has more victories than any other collegiate women’s volleyball coach in history.   Overall his UCLA coaching mark is 1,082 and 292.

Even with such a storied career, Coach Andy B. has future goals. “We want to get back to the Final Four next year.  It will be held at the St. Pete Times Forum in Tampa Bay, Florida the second week in December.  I am already looking forward to my team next year.  We have some great talent returning.”  He hopes to add to the Bruin’s six national titles.  “Besides, I have a few more matches left against, USC, Pepperdine and Hawaii”, smiled Banachowski.  Those schools have always been such admirable opponents for UCLA.  And despite his gray hair, Andy Banachowski is not quite ready to be ‘Dzia-Dzia’. He goes by ‘Poppa Andy’, to his two grandchildren.  “I’m not ready for the rocking chair yet.  I’m very passionate about volleyball’s future.  You know, 2011 will be so special, as sand volleyball will be a sanctioned NCAA emerging sport”, continued Banachowski.

In most successful NCAA Division I operations, there is a synergy shared by the head coaches of the entire athletic staff, extending support and energy for each other’s programs.  This is so evident at UCLA.  Besides Scales’ influence, the aura of coaching legend John Wooden also floats in the athletic administration building in Westwood, California. “I would ask Coach Wooden a lot of questions.  He always made time when you would ask about his ‘teaching elements’ and his ‘pyramid of coaching’ techniques.  What a treasure!  He is still an educator with his advice and common sense approach to coaching young people,” continued Banachowski.

Now, the mantle of “educator” is accorded Banachowski.  Academics have always been paramount to his programs. This is documented by his mission statement for the women’s volleyball program.  It dictates that his charges are true student-athletes.  The women’s volleyball team had the highest team grade point average, 3.25, of any squad at UCLA. Director of Athletics, Dan Guerrero, summed it up best about Coach Andy Banachowski, “Bottom line, he truly is and sets the highest standard for women’s college volleyball.”

Besides co-founding the American Volleyball Coaches Association, Banachowski has been part of every aspect of the U.S. Olympic volleyball program.  From administration, coaching, scouting and instructing, Banachowski has traveled the globe for volleyball.  He has had 22 U.S. National Team members and 13 U.S. Olympians. One of his personal coaching highlights was to be able to coach his daughter, Amy at UCLA.  His son Brett played volleyball at UC Santa Cruz.

His coaching legacy will include his Polish heritage. Hard work and demanding expectations all combined with a humanistic style sums up his success formula.   “I haven’t been to Poland yet but it is on my schedule,” said the volleyball ambassador.  Currently his 1983 book, The Women’s Game- Power Volleyball, is in its second printing.

Coach B. acknowledges and is humbly grateful to those who invested in him and those who came before him.  Yes, many contributed to his accomplishments, including his many talented players.  He always gives them the credit.  Tonight though, we celebrate Andy Banachowski.  Success and achievement personified; mentor and example.  Furthermore, this story will continue…because Andy Banachowski is not yet finished.  As we induct Andy Banachowski as one of the newest members of the National Polish-American Sports Hall of Fame, we say to you: “Sto Lat and Bardzo Dobrze, Coach Banachowski”. We congratulate you!