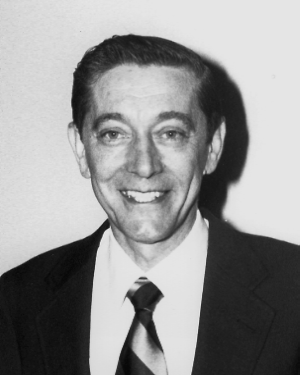 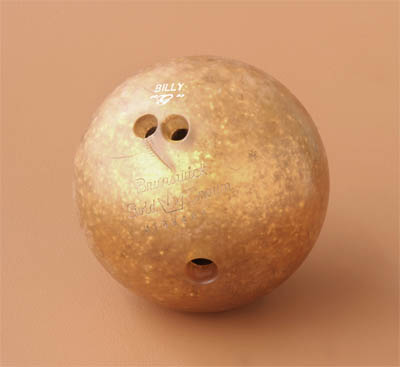 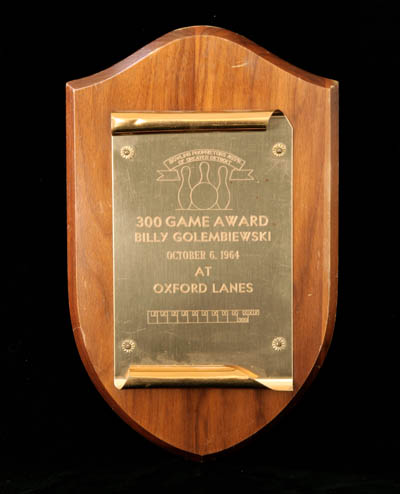 The 5-foot-8-inch bowling star set an example of how little men can accomplish big things in sports. When he was but 20 years old, “Billy G.” had the nation’s highest average, 226.The Grand Rapids (Mich.) native was American Bowling Congress Masters Champion in 1960 and 1962. He won four Professional Bowlers Assn. tournaments in the 1960s, and was named to four No. 1 All American teams selected by bowling publications. He had five sanctioned 300 games. In 25 ABC tournaments, he averaged 200.

Small in Stature, BIG on the Lanes

Billy Golembiewski was born on July 31, 1929 in Grand Rapids, Michigan.

Golembiewski is a great example of how a “little man” can do big things with a bowling ball. The 5-foot-8-inch performer thrilled sports fans with his many come-from-behind victories on the lanes.

Golembiewski’s bowling credentials are gilt-edged. He was named on four No. 1 All-American teams selected by Bowling magazine and National Bowlers Journal in the 1960′s.

His five perfect games included two in sanctioned leagues and three on television – in Detroit, Milwaukee and New York.

Following a nation high 826 in his third year of competitive bowling when he was only 20 years old in Grand Rapids, he followed that up with scores of 806 and 801 in tournaments in Detroit. In 1962, Billy G. and Joe Joseph paired to win the ABC Classic Division doubles title. In 25 ABC tournaments, Golembiewski compiled a 200 average.

Golembiewski’s bowling hey days came on the Detroit scene. He posted an all-time Detroit league average of 234 in doubles competition. During his first season in the Detroit All-Star Circles, he averaged 210 and 219. The marks made him the city’s bowling “King” of the year in 1958.

Billy G. continued competing in tournaments and leagues well into his 50s, often averaging over 200. In addition to the NPASHF, he has been inducted into the Detroit and ABC Bowling Halls of Fame, the Madison Square Garden Hall of Fame and the Grand Rapids Ten-Pin Hall.

Billy Golembiewski was one of the first, if not the forerunner, to use the now famous “gutter-shot” on the Professional Bowlers’ Association tour. It brought him four PBA championships – Charlotte Open in 1963; Columbus Open in 1964; and the Hialeah and Mobile Opens in 1965.

The gutter shot in which he rolled his ball over the second floor board near the drop-off of the right channel, worked fine until others on the tour, trying to emulate Billy’s success with the extreme outside line, began to popularize the risky angle.

“When the other guys started doing it a lot, the gutter line broke down. I wasn’t making my own path anymore,” said Golembiewski.

“The gutter shot didn’t pay off the way it did when I began doing it and didn’t have all those fellow tourists out there on the same second-board road with me,” added Billy G.

“I’ve had some bowling thrills every season,” Golembiewski said. “But the biggest had to be in the mid-60s when I was bowling with the Continental Plastics team sponsored by Pat Luckino.

“We were competing in the National 5-Man Eliminations at Thunderbowl Lanes in Allen Park, Michigan. It was between us and Stroh’s for the title. Midway in the final game, we were so far behind it looked like it was too late. In fact, things looked so hopeless it was announced in a sports bulletin on radio that Stroh’s had won. But, we fought back and got close enough that someone figure out we had a chance. I was bowling anchor and I had to strike out to win it by ONE pin!”

When Billy G. powered the three required strikes, toppling the required 30 pins, the Thunderbowl Arena erupted into a bedlam of noise, elation and celebration as a happy Golembiewski received congratulations.