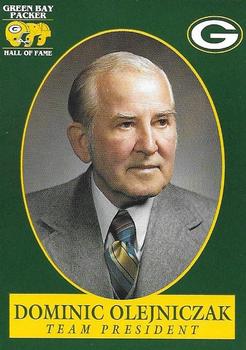 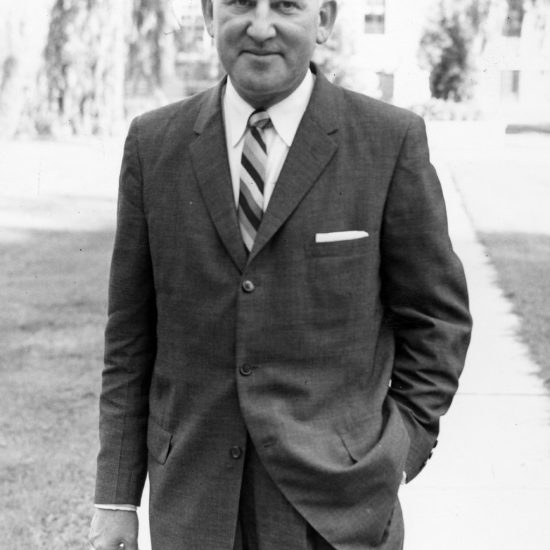 Dominic Olejniczak served as a member of the board of directors of the Green Bay Packers from 1950-1989, including 24 years as president (1958-1982), the longest tenure of any Packers president.  A soft-spoken consensus-builder, he headed the search committee that hired Vince Lombardi in 1959, and continued to oversee the organization as the Packers won five NFL championships and two Super Bowls in the 1960’s.  Olejniczak was inducted into the Green Bay Packers Hall of Fame in 1979.