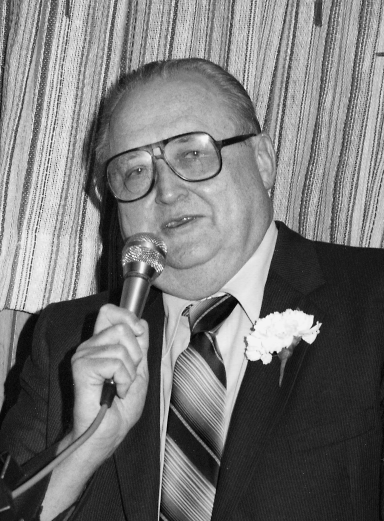 Ed Browalski was born in Detroit, Michigan. He became active in sandlot baseball at an early age. After many years of amateur play, he signed a minor league contract with the St. Louis Cardinals as a catcher.

He returned to the sandlot scene after his minor league career as a playing manager. Later he became a statistician and administrator of several amateur baseball leagues. In 1941, he joined the Polish Daily News sports staff. As a writer, and later sports editor of the News, Ed covered every major league sports for the paper, focusing primarily on baseball and bowling.

For many years, Ed served as the official scorer at Detroit Tigers’ baseball games. He became active in Polish-American sports as a member of the Polish-American Night Committee at Tiger Stadium in 1971.

Two years later, Browalski spearheaded the creation of the National Polish-American Sports Hall of Fame and Museum. Ed recruited Detroit-area Polish-Americans to serve on the board of directors; helped set up the rules, regulations and procedures of the organization; headed various Hall of Fame committees; and established a national Sports Council Panel to elect the annual Hall of Fame inductees. His missions for the NPASHF: to recognize and to honor great American athletes of Polish ancestry for their noteworthy accomplishments in sports.

Ed Browalski’s passion for sports and pioneering spirit live on in the work and mission of the NPASHF.