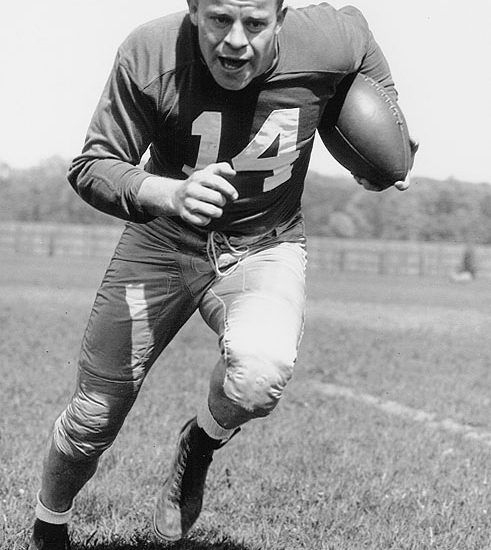 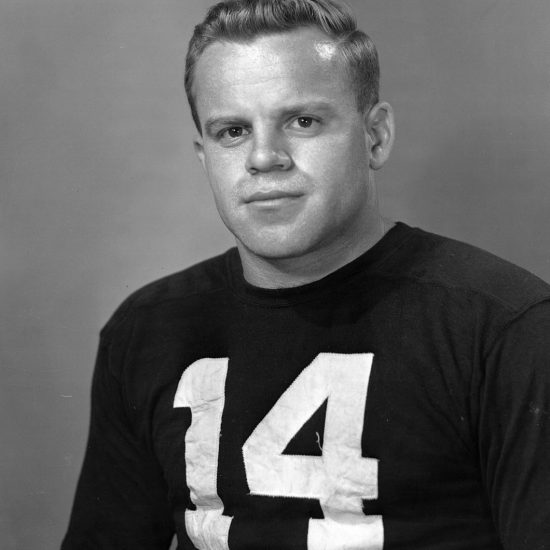 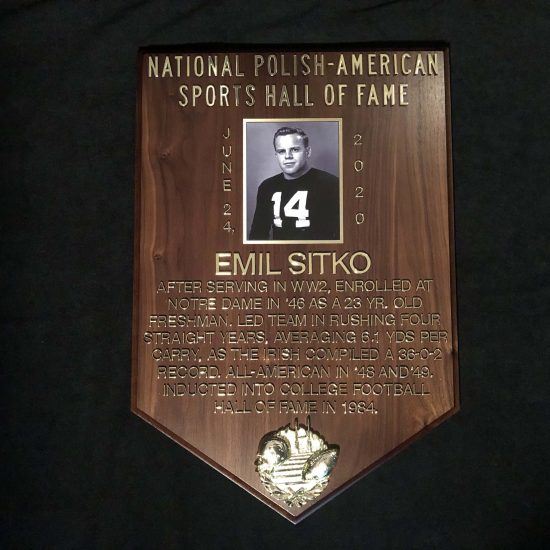 Emil Sitko enrolled at Notre Dame as a 23-year-old freshman in 1946 after coming out of service in World War II. He was a starter on the football team three years at halfback and one year at fullback. In those four years the Notre Dame record was 36-0-2. He led his team in rushing all four years and his career average was 6.1 yards per carry. In 1949, he also led the team in kickoff returns, averaging 22 yards. He was a consensus All-American in 1948 and a unanimous All-American in 1949. Sitko was inducted into the College Football Hall of Fame in 1984.