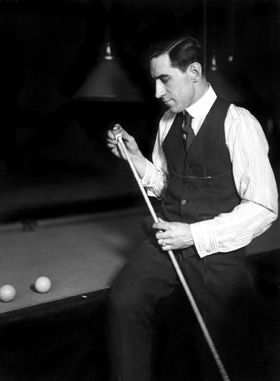 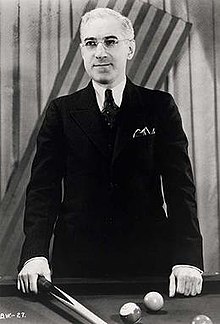 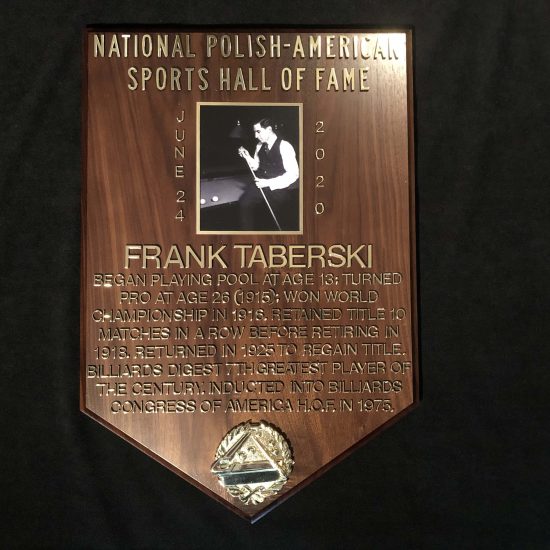 Frank Taberski began shooting pool at age 13, and by age 16 was already the Central New York champion.  He turned pro in 1915 at the age of 26, and in 1916, he became world champion by defeating Johnny Layton.  Nicknamed “The Gray Fox,” he retained his world title 10 challenge matches in a row.  Taberski retired in 1918, but returned to billiards in 1925 and regained the world title. He is ranked by Billiards Digest as number 7 of the 50 Greatest Players of the Century.  In 1975, Taberski was inducted into the Billiard Congress of America Hall of Fame.