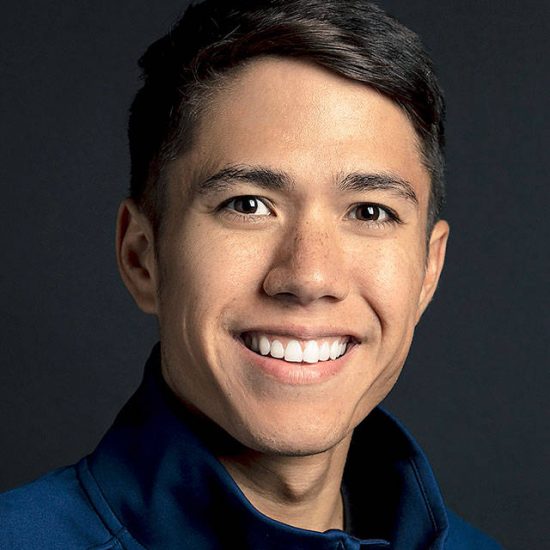 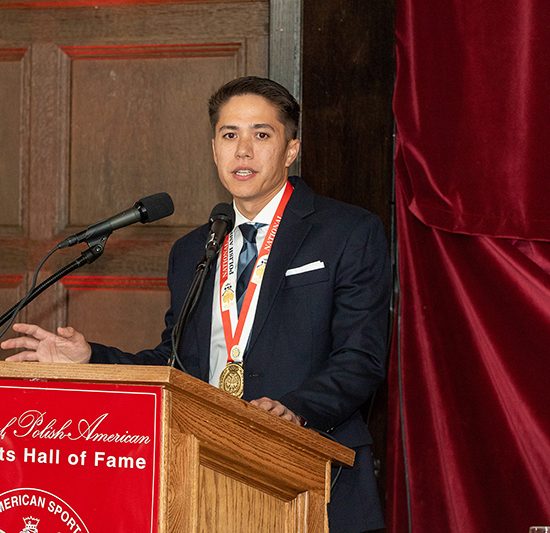 The top U.S. short track speed skater of the last decade, Celski is a three-time Olympian (Vancouver, Sochi and PyeongChang) and three-time medalist in the Winter Olympics. J.R. won two Olympic medals in Vancouver in 2010 just five months after experiencing a life-threatening injury in which a skate blade completely severed one of his quad muscles. He won Bronze Medals in the 1500m and the 5000m relay. In 2014, J.R. won an Olympic Silver Medal in the 5000m relay. J.R. has won 11 World Championship medals (three Gold Medals), 26 World Cup medals, and set two World Records including the 500 meter in which he was the first person to break the 40 second barrier.

When his father, Bob, strapped him and his brothers, Chris and David, into inline skates, J.R. Celski didn’t think an activity designed to rid the boys of some energy would lead to a decorated speed skating career.

“My mom, Sue, was working late hours and wasn’t able to be home at night, so my dad had to watch over us and figured he’d find an activity for us to do and get the energy out,” Celski said. “He brought us to a local inline skating rink called Pattison’s West. There was a speed team that practiced pretty much every night and we got involved that way. I was just a little kid, three years old.”

About 28 years later accompanied by three Olympic medals and appearances, 16 total medals at World, World Team and World Junior Championships and a few world records, J.R. Celski became the first Speed Skater to be inducted in the National Polish-American Sports Hall of Fame.

By the time Celski turned eight years old, he realized he was pretty good at skating and maybe this wasn’t just a hobby.

“Before that my mom has a ton of videos of me just going around the rink and smiling, not even paying attention to the actual act of it. I was just having fun doing it,” he said. “The whole training aspect of didn’t come until later. I started winning Nationals and racking up accomplishments and I had to make a decision when I was 12 if this was what I was going to pursue. Skating was it for me.”

Celski moved to California with his brother, Chris, at the age of 14 to commit to training full time in Long Beach.

“My parents couldn’t make the move down there and my brother was just finishing up college. He took me under his wing. We both moved down to Long Beach, rented a 2-bedroom apartment. I was just going into ninth grade, no friends, new area, new atmosphere. A strange place for a kid to go ice skate to say the least, Southern California.”

Celski continued his rise in the speed skating ranks, winning two gold medals and a bronze medal at the 2009 Sherbrooke World Junior Championships before setting his eyes on the 2010 Olympics.

Five months before his first Olympic Games, everything came to a literal crash.

Skating in the final day of Olympic Trials in the 500m short track race in 2010 in Northern Michigan, J.R. Celski had his eyes set on establishing himself before his first Olympic Games. As he made a sharp turn, Celski fell, crashing into the boards.

“The rink we were skating in in Northern Michigan had concrete behind the pads and when you hit them, they’re not moving anywhere,” Celski said. “I put my right blade, the front six inches of it, into my left leg and bounced off the boards with it still in my leg. I looked down and it was still in there. My first instinct was to pull it out and I looked down and my leg was cut wide open all the way down to the bone.”

Celski’s leg had been gashed open by his own blade, an injury that not only put his Olympic dreams in jeopardy, but his health, too.

“Initially I didn’t think I would be able to walk again,” Celski said. “I didn’t know what to think at all. I’d never witnessed anything like that. There are injuries in our sport, but I hadn’t personally witnessed anything of that brevity. I look at it, and I think right away, for sure I’m not going to compete in the Olympics because it was only five months away. The second thought was, ‘Am I even going to make it off the ice alive.’”

“Luckily, I had a full summer of training that I went through, and I kept decent shape as well as I could without being able to be on my feet, he said. “I was doing aqua jogging and the arm bike to keep my cardio up, but it’s such a difference from going training full time to being sidelined doing nothing.”

Through grit and determination, Celski made it to the 2010 Olympics in Vancouver, but now found himself as an underdog.

“Everyone was counting me out,” he said. “They were like, ‘There’s no way J.R. is going to get back in time to be competitive at this level.’ I took that mentality with me into my races.

“Through the World Cup right before the Olympics you get your ranking and get established. I look up at the board before my first race and I’m ranked dead last. I’m like, ‘This is my moment. I fought hard enough to get back to this point. You’re the underdog. Everybody loves an underdog story.’”

Celski won two bronze medals at the 2010 Olympics in Vancouver, one in the 1500m and one in the 5000m relay, proving the doubters wrong.

“When I won and got my medal, the first thought I had was what I came back from,” he said. “There’s a picture of me pointing to my leg right after getting my medal. Between that and the amount of people and belief the people had in me to be able to push me to that point was pretty incredible.”

After the 2010 Olympics, Celski thought about hanging up his skates. He went on to win a silver medal in the 2014 Olympic Games in Sochi as well as three medals in the World Championships in 2014. After 2014, he once again thought about retirement, but the competitor in him wouldn’t allow it.

“I quit after 2010 and 2014 both times thinking I’d be done for good but it’s just the competition,” Celski said. “I felt like I wasn’t done yet and I couldn’t pass that up because if I did, I felt like I’d sit there later and think, ‘you were so young why didn’t you pursue this?’ That pulled me back in both times and I wound up going to Sochi and then Korea in 2018.”

Celski retired from speed skating in 2018. His NPASHF induction is another reminder of his illustrious career and an accomplishment he holds in high regard.

“I was really excited to hear the news, he said. “It’s always been important to me, my roots, my heritage, my family, everything kind of combines into one thing for me. My father is Polish, both of his parents were Polish as well. It was a cool experience to get that call, a cool experience to call my dad and tell him about it. He’s a proud Polish guy. My grandma passed away not too long ago, too, so bringing it all together, bringing it back and being together at the ceremony is going to be special for us.”