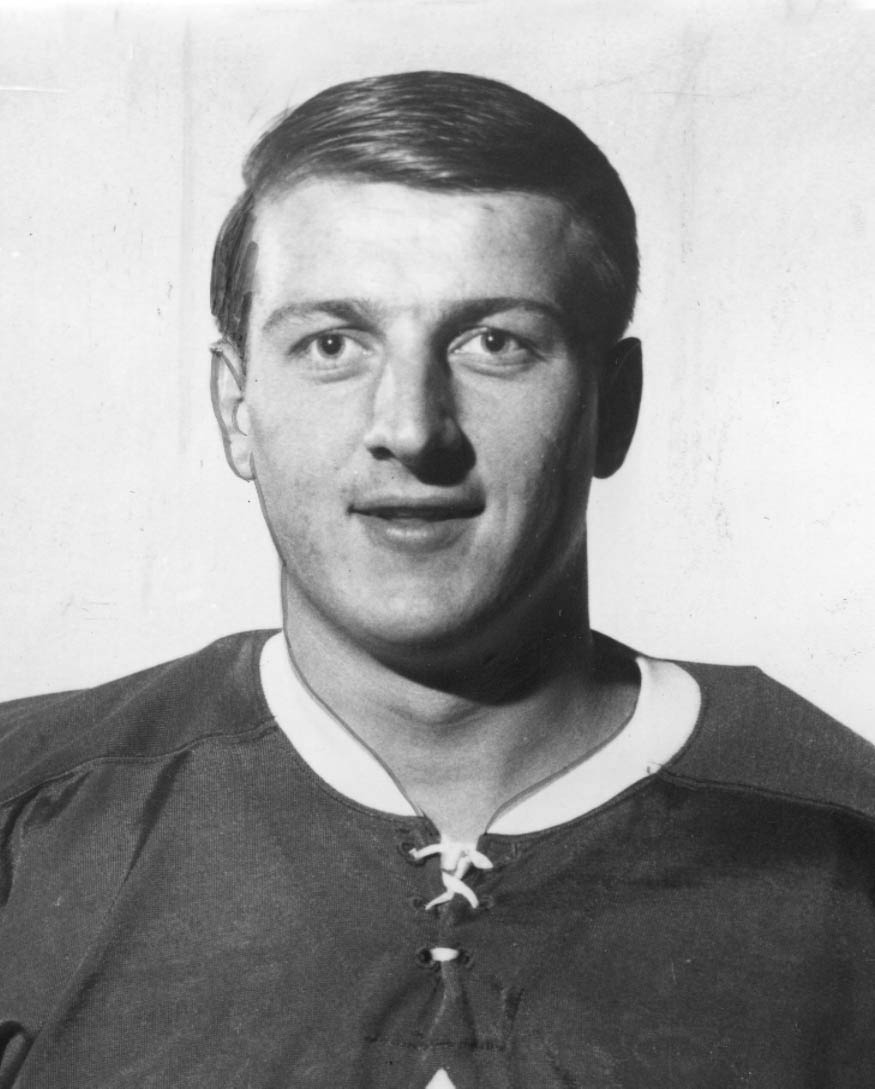 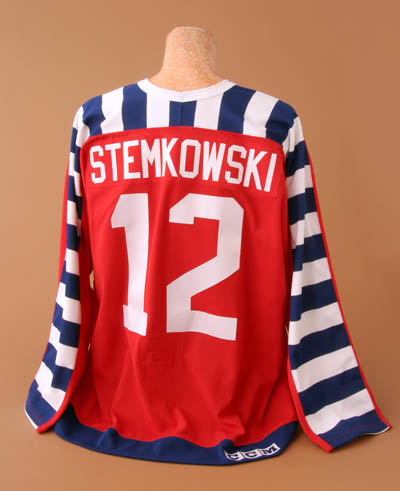 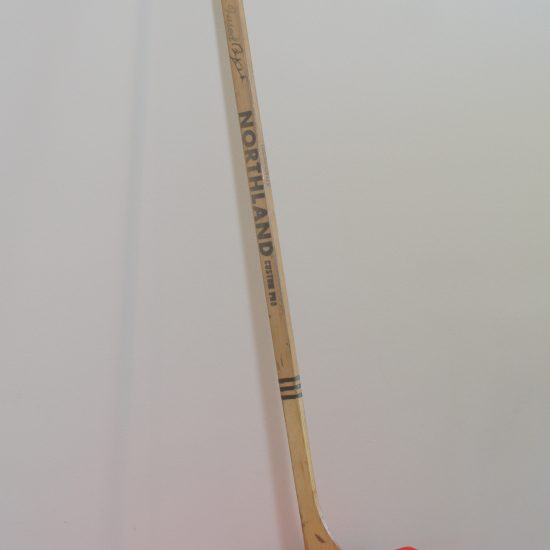 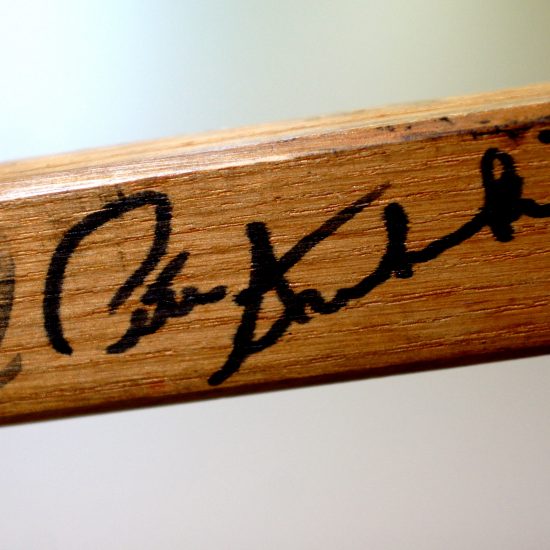 Pete Stemkowski played 15 seasons with four different clubs including the Detroit Red Wings, Toronto Maple Leafs, New York Rangers and Los Angeles Kings. He was an integral part of the 1967 Stanley Cup Champion Maple Leafs in the final season of the six-team era. Stemkowski tallied 12 points in the playoffs that year, a total he would equal twice more with the Rangers. His 555 career points (206 goals, 349 assists) in 967 career games included five seasons of 20 or more goals. In addition, he totaled 50 or more regular season points four times including a career high 70 points during the ’73-’74 campaign. Following his NHL career, the “Stemmer” began working in radio and television and is currently the color commentator for the San Jose Sharks Radio Network.

How many players in National Hockey League history played during the six-team era, won a Stanley Cup with the Toronto Maple Leafs, were teammates of Gordie Howe and Alex Delvecchio in Detroit, scored a goal in triple overtime of a playoff game at Madison Square Garden, made a famous beer commercial and are of Polish heritage?

There’s only one that I know of, and he’s one of the more unforgettable individuals you could ever meet. He’s Pete Stemkowski, being honored August 8, 2002 with induction into the National Polish-American Sports Hall of Fame.

Chances are good that if Stemmer were spending any time in your town, he’d be the honorary mayor before long. That’s his unofficial title in Long Beach, N.Y., where he spends his summers, and he’s sure to have ceremonial status at some point in Northern California, where he spends his winters as the radio color commentator for the San Jose Sharks on 98.5 K-FOX and the Sharks Radio Network.

If you were to hang around Stemmer for very long, you’d probably have a nickname, too. Stemkowski was known for coming up with “Sarge” for the Rangers’ Steve Vickers, “Spock” for Detroit’s Nick Libett, and a host of other monikers for his many colleagues. As for himself, he often says that his name is too long, and that it needs to be shortened. Following a pregnant pause, he then suggests, “How does Joe Stemkowski sound to you?”

But there’s more to the man than this happy-go-lucky exterior that makes him an immediately approachable character. Stemkowski not only played during one of the more competitive eras of the League’s history against some of the greatest names that the sport has to offer, he also witnessed some of the game’s greatest moments. He is a living monument to the heritage of the League.

Stemmer’s hockey journey in the NHL began with a one-game audition with the Toronto Maple Leafs at the tender age of 20. Toronto lost the game badly, and Stemkowski picked up two penalty minutes. “Ron Stewart (a Toronto teammate) always used to say that if the game is out of reach, it’s okay to take a penalty late in the third period,” Stemkowski says with a grin, “because at least your friends and family back home can look at the summary in the newspaper the next morning and know that you played.”

Although the score of the game was one to forget (they gave up goals in double digits), fiery Leafs coach and general manager Punch Imlach spewed forth with a few vitriolic sentences for his team that had become standard lore in T.O. In a rather unforgettable moment, he allegedly turned to Stemkowski and said something like, “I’m sending you back to junior. You’re shouldn’t be forced to play for a team like this.”

Recalled to the NHL for good in 1966-67, Stemkowski found himself with a Stanley Cup championship in the final year of the six-team NHL. With line mates Bob Pulford and Jim Pappin, and with legendary teammates like Terry Sawchuk, Johnny Bower, Tim Horton, Red Kelly, Allan Stanley, George Armstrong, Dave Keon, and many other legends, Stemkowski’s play was an important reason why the Leafs won the Stanley Cup championship, the ultimate goal of anyone who ever laces them up. It was the oldest team to win a Cup until Detroit eclipsed that record in 2002.

The very next season, “Stemmer” was part of a blockbuster deal that made him a Detroit Red Wing. You may remember the trade: along with Frank Mahovlich, Garry Unger, and the rights to Carl Brewer, he was packaged to the Motor City in exchange for Norm Ullman, Paul Henderson and Floyd Smith.

Wearing #19 years before Steve Yzerman, Stemkowski was part of an exciting Red Wings team for four seasons. By this time, he was regarded as one of the better face-off men in the game, and was one of the up-and-coming players on a team that featured veteran legends like Howe and Delvecchio. “I really enjoyed playing in Detroit,” he recalls. “I made a lot of great friends there.”

But fate would deal Stemkowski to New York in a trade that made the young veteran a member of the Rangers. On April 29, 1971, Stemkowski took center stage in what remains one of the most dramatic moments in the history of Madison Square Garden. It was game six of a Stanley Cup playoff series against the Chicago Blackhawks. The Blackhawks led the series, three games to two. Regulation ended in a 2-2 tie. The first overtime ended, and then a second overtime. The Rangers retreated to the locker room to prepare for a third overtime, with no end in sight.

It was a pressure situation, to say the least. As the players prepared to go out onto the ice, Coach/GM Emile Francis turned to the players and said, “You know, this is really going beyond the call of duty. Would somebody put the puck in the net and get this game over with?” Stemmer’s sense of humor took over. According to Francis, “Peter Stemkowski was a real character. He was the loosest guy by far when it came to pressure situations. And (in the locker room) he said, “Yeah, if somebody doesn’t score here, it’ll be too late to even get a beer.”

Whether it was those words or the oft reported, “Come on, guys, we’re going to miss last call,” Stemkowski ensured a celebration when he scored the game-winner at 1:29 of the third overtime period. It is still remembered as one of the greatest moments in Rangers and Madison Square Garden history.

No one is really certain if this story led directly to a beer commercial for Miller Lite, but the spot, which was part of a 1980 campaign with athletes, reflected Stemkowski’s heritage and personality.

It is my pleasure to congratulate Pete Stemkowski for his induction into the Polish-American Sports Hall of Fame on behalf of the entire San Jose Sharks Organization.