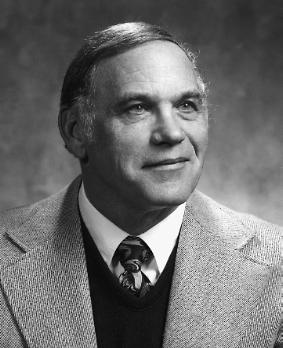 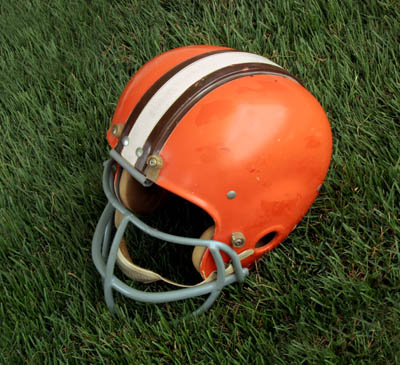 “Little Mo” has spent almost his entire life in football. From high school stardom in Pennsylvania, he went to All-American honors at the University of Maryland, capped his senior year by receiving the Outland Trophy as the nation’s top lineman in 1952. He played 14 seasons (1953-1966) in the NFL, including for six conference winners and two championship teams- the 1956 New York Giants and the 1964 Cleveland Browns-and the 1964 Pro Bowl. He was a member of the Giants’ famed “Fearsome Foursome.” He was defensive coach for two decades at Cleveland, the Giants, Cincinnati and Green Bay. Cincinnati played in the 1981 Super Bowl and was ranked No. 1 defensively in the 1983 season.

Football is His Love of Life

Dick “Little Mo” Modzelewski has spent almost his entire life in football and he loves it.

His gridiron career began in western Pennsylvania at Har-Brack High in West Natrona, then to the University of Maryland and a 14-year career in the National Football League as a standout defensive tackle.

At Maryland, the 6-foot, 235-pound tackle won All-America honors and capped his brilliant collegiate career by winning the Outland Trophy as the nation’s top lineman in 1952. During Modzelewski’s three years at Maryland, the Terrapins compiled a 24-4-1 won-lost-tied record. In his last collegiate game he was named the outstanding defensive player in Maryland’s 28-13 victory over Tennessee in the Sugar Bowl.

Modzelewski was drafted by the Washington Redskins in 1953 and also played for the Pittsburgh Steelers. He didn’t make his mark until a 1956 trade sent him to the New York Giants, with whom he became the principal in the “Fearsome Foursome” defensive line, which also included Andy Robustelli, Jim Katcavage and Rosey Grier.

After starring for the Giants from 1956 through 1963, Modzelewski was traded to the Cleveland Browns in 1964 and played three more seasons before retiring. During his pro career he played on six conference championships and two NFL title teams – the 1956 Giants and 1964 Browns.

As a coach, Modzelewski helped the Cincinnati Bengals reach Super Bowl XVI in 1981 at the Silverdome in Pontiac under Head Coach Forrest Gregg. He previously had been an assistant to Gregg with the Cleveland Browns and was interim head coach of the Browns for the final game of the 1977 season after Gregg resigned.

Modzelewski spent the 1978 season as an assistant coach with the Giants. He joined the Bengals in 1980 and moved with Gregg to the Packers in 1984. He was inducted in the College Football Hall of Fame in 1993.

How can a 6-foot, 235-pound defensive tackle be called “Little Mo?”

“Easy,” explains Dick Modzelewski. “In high school at West Natrona, Pennsylvania, my older brother Ed was bigger. But after I followed him to the University of Maryland, I grew larger. Nevertheless, our nicknames stuck.”

The Modzelewski brothers played together two years for the Terrapins in 1950 and 1951. “Big Mo” later played two seasons each for the Pittsburgh Steelers and Cleveland Browns.

When a third brother, Eugene, came along, his parents gave him his nickname. “No Mo,” said Mrs. Modzelewski.