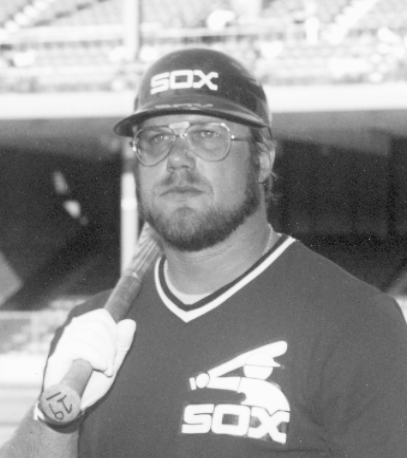 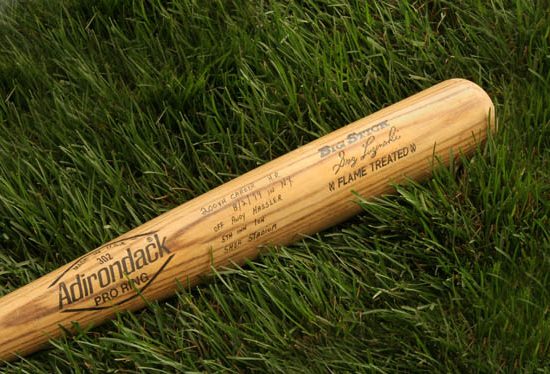 During a 13-year major league career (nine with the Philadelphia Phillies, four with the Chicago White Sox), “The Bull,” who turned his massive back on 150 college football scholarships his senior year to sign with the Phillies, utilized his compact 235-pound framework to hammer 307 home runs and knock in 1,128 runs. His lifetime batting average was .276. He had a career-high year in 1977 with the Phils: a .309 average, 39 roundtrippers and 130 RBIs. In 1983, his 32 homers-including three on or over the roof at old Comiskey Park-set a White Sox team record for the designated hitter. Luzinski played in two World Series, with the 1980 Phillies and 1983 White Sox, and in four All-Star Games.

Nicknamed “The Bull” because of his enormous strength, Luzinski struck fear in many major league pitchers, who often dreaded facing him. During a 13-year major league career, Luzinski, who spent nine seasons with the Philadelphia Phillies and four with the Chicago White Sox, hammered 307 home runs and accounted for 1,128 RBIs. His lifetime batting average was .276.

For instance, during the 1983 season as a designated hitter with the White Sox, “The Bull” became the first hitter in the then 73-year history of Comiskey Park to hit three home runs onto or over the outfield roof. An awesome feat for any power hitter!

Also, Luzinski’s 32 home runs in 1983 not only was a White Sox record for homers by a designated hitter, but was also a new American League mark for that category. For his power hitting, “The Bull” collected his second trophy as “American League Designated Hitter of the Year!”

Luzinski, who was born in Chicago, almost didn’t play professional baseball. As a prep football star at Notre Dame High in the northwest Chicago suburb of Niles, “The Bull” received more than 150 football scholarship offers his senior year. He was set to attend the University of Kansas as a linebacker/fullback before the Phillies convinced him his future was in baseball.

Luzinski was drafted by the Phillies in the first round (11th overall in the country) in the June 1968 draft as a first baseman, but played left field.

Displaying his physical prowess after 2-l/2 seasons in Philadelphia, Luzinski missed 74 games during the 1974 season following surgery to repair torn ligaments in his right knee.

Appearing in four All-Star Games, “The Bull” started in 1976-78; the popular player led all National League players in fan voting for the 1978 mid-season classic in San Diego.

In 1980, “The Bull” had the game winning RBIs in Games 1 and 4 of the League Championship Series against the Houston Astros that put the Phillies into the World Series.

The Phils won the World Series in six games against the Kansas City Royals to capture their first baseball world championship in 96 years. (The Phillies were founded in 1884.)

In the 1983 American League Championship Series, Luzinski struggled, especially after being struck on the forearm in the second game of the series, by a pitch from Baltimore hurler Mike Boddiker leading off the ninth inning. With a swollen forearm hampering his swing, Luzinski collected only one hit in nine at-bats in the final two games of the series.

Luzinski was one of the first players to annually purchase $20,000 in tickets for underprivileged children. Both in Philadelphia and Chicago, the “Bull Ring” was a popular area for children to watch their favorite team as Greg’s guests. He was certainly one of the most popular players on both teams.