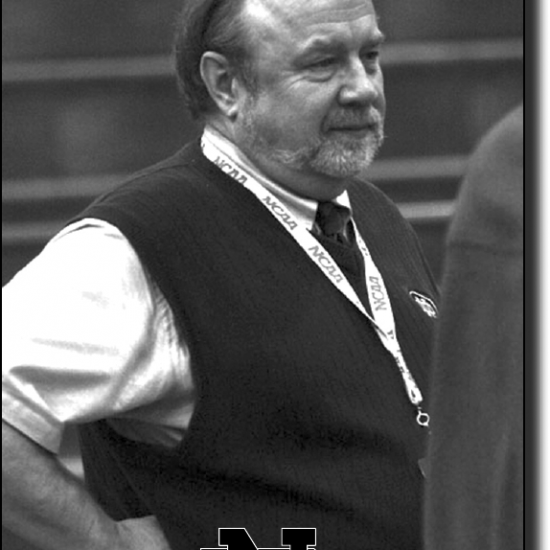 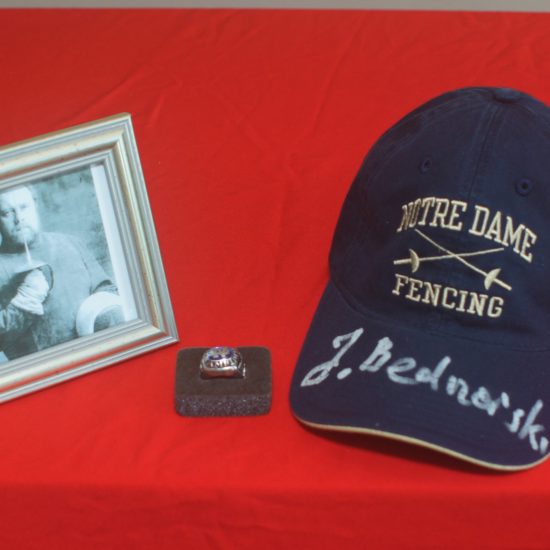 A Legacy of International Coaching Success

When Janusz Bednarski retired in December of 2014 as fencing coach at the University of Notre Dame he left a legacy as one of the all-time greats as a mentor in his sport  — both in his native Poland and in the United States.

He concluded his 20-year career at Notre Dame as only one of four Irish coaches – in any sport – to win three or more national team championships.  Football’s Frank Leahy won four and Knute Rockne three, while his predecessor Michael DeCicco won four.  Bednarski was DeCicco’s assistant for eight years and head coach for 12.

At his retirement Bednarski said “I have enjoyed tremendously my 20 years at Notre Dame.  We’ve won championships, produced All-Americans and Olympians, but most important I’ve worked with the greatest students and coaches in the world.  I thank them all for making our success a reality.”

He coached both the men’s and women’s teams and under his direction Notre Dame won the combined NCAA team championships is 2003, 2005 and 2011. ND also finished in second place three times. Since 1990 the NCAA has added the two school team scores to determine the national champion.  His fencers also captured 14 individual NCAA titles in the sabre, epee and foil competition.  Many more were also named All-Americans during his years as an assistant and then head coach.

In dual meet competition during Bednarski’s 12 years at the helm, the Irish had 623 total wins (315 with the women and 308 with the men) to rank third all-time in all sports.  His teams lost only 62 meets for an overall .909 winning percentage. Several of his fencers went on to win medals in Olympic competition including two golds by his sabre fencer in the 2008 Beijing Olympics.

As a member of the Polish National team, Bednarski competed in the sabre event.  The Warsaw native then turned to coaching and his leadership and training strategy helped him develop athletes for competition on the international level.  Bednarski served as head coach of Poland’s Olympic Team from 1978 to 1988.  His fencers won 11 Olympic and World Championship competitions during that era.  Bednarski was awarded the prestigious Polish Silver Cross of Merit for his coaching accomplishments for his native country.

Bednarski has been recognized as an elite fencing instructor on the international level for almost 40 years, emerging as a specialist in all three weapons (foil, epee and sabre) during that time

Jerzy Radz, men’s and women’s fencing coach at Wayne State University in Detroit for the past 26 years, worked with and coached against Bednarski for many years in Poland. “Janusz is considered one of the greatest coaches because of his ability to motivate and prepare his fencers for competition.  Besides, he is and expert in all three weapons,” Radz said.

Fluent in several languages, Bednarski in 1970 received his master’s degree in business from world famous Warsaw Business College.  He worked there as a lecturer in economics and also received his coaching diploma from the Polish Academy of Physical Education in 1978.  Bednarski has written many articles on coaching, effective club management and the counseling of athletes.

After moving to the United States in 1988, Bednarski served as head coach at Denver’s CFS Fencing Club – the largest in the Rocky Mountain region – until l994.  He was on the coaching staff for the U.S. team in the 1993 and 1994 Junior World Championships and 1992 Junior Pan-Am Games.  His fencers have competed in world-wide competition in all age categories.

After joining the Notre Dame athletic department in 1995, Bednarski has been a member of many advisory panels for the U.S. Fencing Association, U.S. Olympic Committee and the U.S. Fencing Coaches Association.  He is licensed by Federation International D’Escrime as an “A” category Fencing Director and is one of just a handful of fencing specialists in North America who have been ranked by the International Fencing Federation.

In retirement Janusz and his wife Izabella live in Las Vegas.  The Bednarskis have two sons – Michael, an information technology specialist in Colorado, and Andrzej, a lawyer in Thailand.  The younger Andrzej is a 2002 graduate of Notre Dame and was a three time sabre All-American.  He later was an intern assistant coach for his father.

FIGHTING IRISH IN THE POLISH HALL OF FAME

And now there are 13 “Fighting Irish” in the National Polish-American Sports Hall of Fame.

Janusz Bednarski is the latest University of Notre Dame athlete or coach to be elected into the prestigious sports organization. Maybe the Golden Domers should change their nickname to the “Fighting Poles.”

Johnny Lujack, Ail-American quarterback and 1947 Heisman Trophy winner, was the first Notre Dame player elected into the NPASHF in 1978. Three teammates – Ziggy Czarobski 1980, Leon Hart 1988 and Frank Tripucka 1997 – are also members of the Polish hall. Basketball star Kelly Tripucka joined his dad Frank when he was elected in 2000. Hart also won the Heisman as the top college football player in 1949.

Two former ND football players — both named Szymanski but unrelated – are in the NPASHF. Linebacker Dick (1951-54) was elected in 1994 and center Frank (1943-44) the following year. Hank Stram, a 1985 inductee, was a Notre Dame assistant football coach in 1957-58 before becoming head coach of the Kansas City Chiefs in the National Football League. All-American defensive end Walt Patulski, the No. 1 overall pick in the 1972 NFL draft, was elected in 2014.

Rounding out the “Magnificent 13” are Vince Boryla (1984), Carl Yastrzemski (1986) and Ron Reed (2005). Boryla had a long pro basketball career in the NBA and Reed played two sports at Notre Dame – basketball and baseball – before giving up hoops as a pro and settling in as a major league pitcher. “Yaz” played baseball one year for the Irish before beginning a brilliant career with the Boston Red Sox on his way to the Baseball Hall of Fame in Cooperstown.