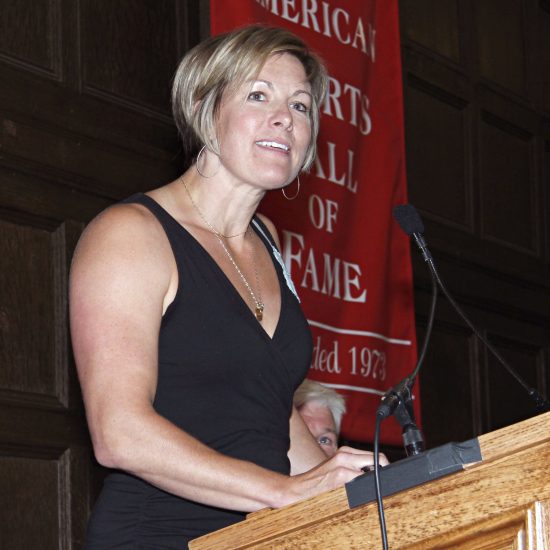 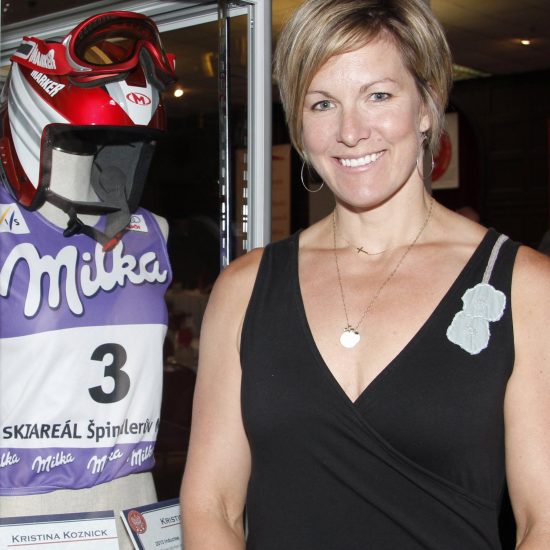 Injuries made for uphill battles for downhill champion

All the plaques, medals, trophies that have been awarded to Kristina Koznick over the years came with an inherent subtext endemic in the sport of competitive skiing: They don’t come easy and they don’t come without injuries and pain – physical and mental.

It may be a big head rush to race down a snow-covered mountain cutting your way through flagpole after flagpole in a time test against your fellow skiers. But for Kristina Koznick, one of the United States’ most decorated women World Cup slalom racers and a three-time Olympian, that excitement comes with a few rushes to the hospital. A few casts; A few idle months of painful recovery while others go after championships and downhill glory.

Some might not feel the broken bones and shattered dreams are worth the risks. It would be nice to be able to walk without a limp after retiring from a sport — to be able to have another career to sustain you and your family without health issues getting in the way.

Koznick rattles off the injuries like they were routine: “I’ve had lots of ‘em, and sooo many surgeries — three knee, a shoulder, finger, hand, hip, ankle,” she says, probably only touching the worst ones that came to mind. “I’m not sure when I skied among those injuries.”

In other words, like athletes in many sports, if you can’t play hurt, often you can’t play, period. The seasons have just so many months and so many events. Sometimes you have to just suck it up – but then; you’re not at your best.

Is it any wonder she’s one of the 2015 inductees into the National Polish-American Sports Hall of Fame? The honor comes only a couple months after she was named to the U.S. Skiing Hall of Fame at a banquet in Steamboat Springs, Colo., April 11. Enshrinement will come at their Hall ceremony in September in Ishpeming, Mich.

“I’m most proud of the last eight years of competition when I was ranked in the top eight in the world,” she says. “The longevity and consistency, I’m proud of that.”

When you start skiing at age 4 and accomplish as much as Koznick has, that certainly speaks to longevity and consistency. Her parents, Jeffery and Mary Jane, “wanted us to be a ski family,” she says. Her father was a ski jumper as a kid. The family went to Buck Hill, Minn., for skiing once when she was 6 and she and her friends supposedly went off to ski. But when her parents came back to look for them they found them playing Pac-Man and eating donuts in the lodge. That’s when they went to the front office and asked what they could do to get her into skiing for real. (Brother Charlie, Kristina says, skied for a while, too, but after high school moved to Colorado and got away from it.)

“They said, ‘Yes, we have a ski racing program on Saturday. Everyone gets a ribbon,” Koznick relates. By the time she was 8, “the coaches came to my parents and said bring her to the racing club because she’s really good.” She soon met Austrian coach Eric Sailer there and began getting the quality learning experience on the slopes. Sailer, 89 years old and still coaching, was inducted into the U.S. Ski Hall of Fame in 2005. He began coaching at Buck Hill in 1969 and today runs ski racing camps out of Apple Valley, Minn. Olympian Lindsey Vonn is another of his protégés from Buck Hill, which is in Burnsville, a suburb south of Minneapolis. Kosnick lived in Minnesota all her life until moving to Wolcott, Colo., near famous ski resort Vail, after the 2006 Olympics.

Her first big injury was a torn ACL (anterior cruciate ligament) in the 1994 season, “when I was an up-and-comer. It blew my chances. It was hard, but it was good for me. It got me through a challenge at such a young age (18) that it was a gift.” But her last one was no gift. She had announced her retirement after the Oct.-April season of 2005-06 when she was turning 30 and about to compete in the 2006 Winter Olympic Games.

“It was four days before the opening ceremonies. During warmups I tore my ACL. It was really challenging. I was on crutches for the opening ceremonies. I knew my chances were done. I stayed; had a brace on; and raced. That’s crazy. It was the last race of my career. I knew as soon as I first left the start after putting weight on it. I got to the bottom of the hill and my coach (Dan Stripp) and dad were standing there and they said you need to be done. You’re risking way more than it’s worth.”

What next? Well, briefly she became a broadcaster, traveling with British TV and working full time as a color commentator the first season, then the next few years on NBC only at U.S. events. She’d do interviews at the finish. “I loved being at the races, but it just didn’t call to me,” she says of a possible TV career. “I wasn’t passionate about it.”

What she eventually became passionate about was physical fitness and started “Performance Studios,” a business she operates out of her house. She works on skiing fitness projects with corporate groups and families, twice a week. More importantly, though, she’s a full-time mother with two daughters, Charlie, 4½, and Sammie, 1, and son Maxwell, 2½.

Koznick’s husband, Jason Landa, is of Finnish decent and remembers his family speaking Finnish until he was about 3. She’s proud of her Polish heritage and wishes somehow her family passed down the language. Her great grandparents spoke only Polish. “I talked to my father about it and asked why we didn’t keep the language in the family,” she says, “and he said they so wanted to assimilate that they didn’t figure it was possible to keep it up.”