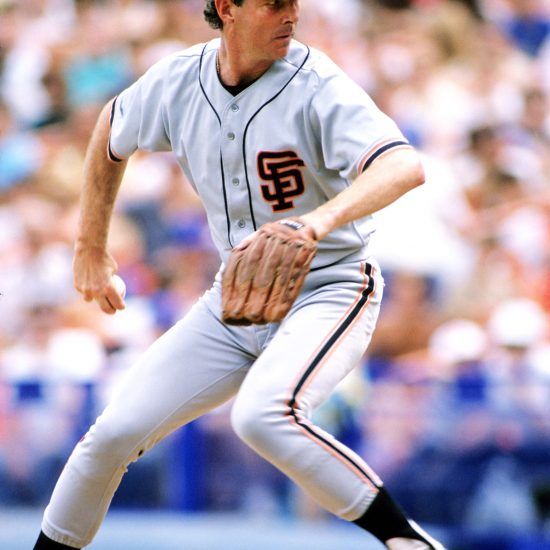 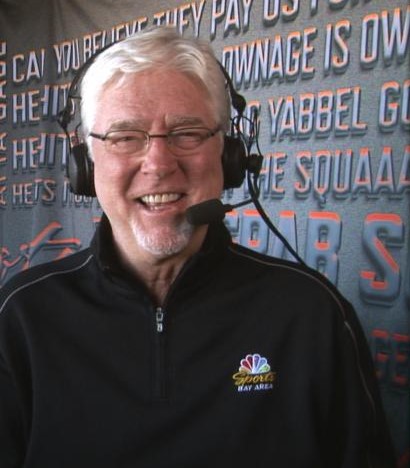 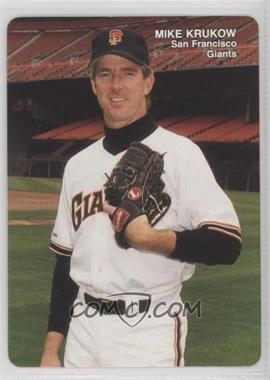 Selected by the Chicago Cubs in the 8th round of the 1973 MLB Draft, Mike Krukow went on to a 14 year major-league pitching career (1976-1989) with the Cubs, Phillies and Giants.  He finished his career with a 124-117 record, with 1,478 strikeouts, and an ERA of 3.90.  His best season occurred in 1986, when he posted a record of 20-9, with a 3.05 ERA.  He finished 3rd in the Cy Young voting that year, and was selected to the National League All-Star team.  In 1987, Krukow helped lead the Giants to their first division championship in 16 years.  After his playing career, Krukow turned to broadcasting and in 1994 became the full-time broadcaster for the Giants, earning seven Emmy Awards.

Mike Krukow was born on January 21, 1952 in Long Beach. California.

He grew up in San Gabriel, California and attended San Gabriel High School where he played football, basketball and baseball. He graduated in 1970 and was awarded the Athlete of the Year award and is a member of the SGHS Athletic Hall of Fame.

He was drafted by the California Angels in the 32nd round but opted to attend college at Cal Poly San Luis Obispo where he was the team MVP in 1973 and was enshrined into the inaugural class of the Cal Poly Hall of Fame. Following his junior year at Cal Poly he was drafted by the Chicago Cubs in the 8th round and he signed his first professional baseball contract.

“My aspirations to be a big league baseball player really started in 1961 when I was 9 years old.  My grandfather and my Dad took me to an LA Angels game at the old Wrigley Field in Los Angeles.  We got to the ballpark early because my Grandpa wanted to watch batting practice. His favorite player on the Angels team was Ted Kluszewski who was the legendary slugger for the Cincinnati Reds. Kluszewski was in his last year in the big leagues and was finishing up with the Angels, who were an expansion team and were looking for star power in their line-up. Big Klu was bigger than life.”

“My Grandpa loved him because he was Polish and because he was a home run hitter. We got our seats in time for BP and were absolutely thrilled when Kluszewski stepped into the batting cage. He had the biggest arms I had ever seen!  He launched home run after home run over the wall and each time he cracked one out of the park my Grandpa and my Dad would react like two kids in a candy store. I was totally inspired by what I saw and in the first inning of the actual game Big Klu hit a home run!”  I knew then that I wanted to be a Big Leaguer.”

After being drafted in 1973 by the Cubs his career would last 17 years.

Upon retirement as a player in 1990 Krukow started his “second career” as a broadcaster.  This year he enters his 31st season in the television booth, and his 27th full season on the radio side as well.

A 14-time Emmy award winner, Krukow is the broadcast team’s color analyst on NBC Sports Bay Area and on KNBR radio broadcasts.  Krukow was of the eight finalists for the 2017 Ford C. Frick Award for baseball broadcasting excellence.

He was named California’s 2015 and 2017 Sportscaster of the year as selected by the National Sports Media Association.

Krukow’s playing career in the Major Leagues spanned 14 years and three teams. The Chicago Cubs (1976-1981), the Philadelphia Phillies (1982) and the San Francisco Giants (1983-1989) where his enthusiasm both on and off the field made him a fan favorite. “Kruk”, named as the starting right handed pitcher to the 1980’s Giants All-Decade Team in a vote by the Bay Area media in 1999, he is noted for his deep knowledge of the game and tremendous sense of humor.  A 20-game winner for the Giants in 1986, he retired after the 1989 season with a 124-117 career record and a 3.90 ERA.  In 2008, Krukow was honored as a member of the inaugural class of Giants alumni with a plaque in the Giants Wall of Game.

“I was so very fortunate to have been a professional baseball player and then to have been able to stay in the game as a broadcaster”, said Krukow. “I have been blessed in so many ways in this great game.”

“When I was notified by the NPASHF that I was to be honored as an inductee, I was very emotional about it. The first thing that came to mind was what my Grandfather had said to me in 1974. His prediction came true! I only wish that my father and my Grandfather were alive to have shared this honor.”