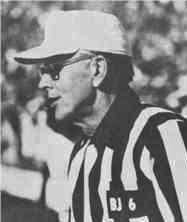 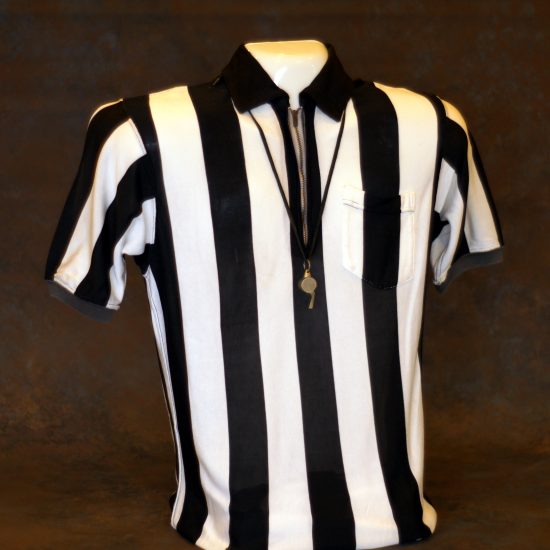 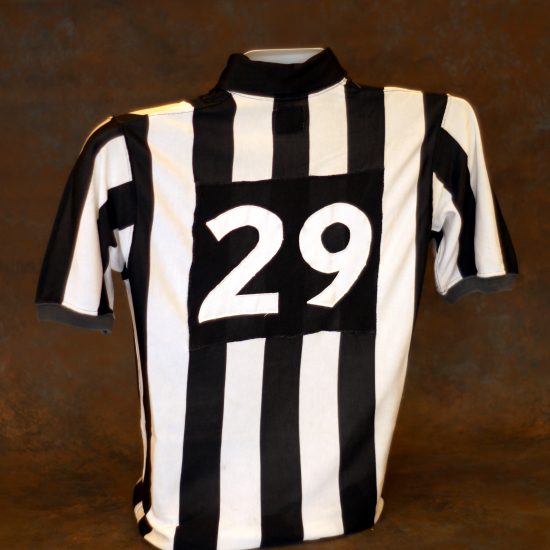 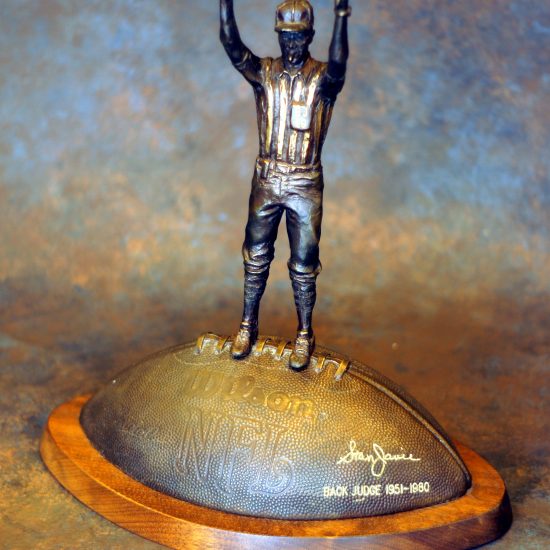 Stan Javie enjoyed a remarkable 30-year career as an official in the National Football League. From 1951 until his retirement in 1980, Stan was considered to be one of the NFL’s premier officials, despite being one of the few on-field officials to wear eyeglasses. As a back judge, Javie officiated in four Super Bowls (Super Bowl II, VIII, X and XIV), becoming one of the first NFL officials to achieve such a distinction. His last game worked prior to his retirement was Super Bowl XIV in 1980. Stan’s son Steve, who carried on the high officiating standard set by his father as a highly-respected National Basketball Association referee, refers to his father as “a man with great integrity and conviction…the greatest teacher of officiating I have ever come across.”

A Man of Integrity and Conviction; “An Official’s Official”

By George Eichorn
The Detroit Monitor and NPASHF Board Member

Although best known as an accomplished on-field official, Stanley “Stan” Javie (Jaworowski) enters the National Polish-American Sports Hall of Fame, having also educated, coached and mentored athletes for more than 40 years. As his own son stated, there’s no question that Stan was “an official’s official.”

Born in 1919, Javie was a first generation Polish America; his parents came to the United States from Poland when they were young and settled into a Polish section of Philadelphia called Manayunk. Stan was the second youngest of eight siblings. He attended and graduated from Saint John High School where he also coached three sports for many years. He graduated from Georgetown University.

Stan excelled in teaching, coaching and officiating. Some of his greatest memories were those earlier days “in the trenches” as a player and coach. He served as basketball coach at Malvern Preparatory School while spending much time as a football and basketball official. His excellence in officiating eventually led him to the National Football League as an official – rather than a player – which he might have been since he was drafted by the Philadelphia Eagles.

His 30-year term (1951 to 1980) as an NFL official was a testimony to his ability. Stan’s career as a player, coach, and official was full of successes and fond memories yet his highest feelings were toward his ability to contribute positively to the success of the young athlete, both on and off the athletic field. A much sought after speaker, he contributed as much to athletics as a “good will ambassador” as he did as a long time participant in athletic competition.

Stan and his wife Stella lived within a few blocks of each other in Manayunk and met each other growing up. After they were married they raised three children of their own – Jay, Sharon and Steve. The officiating legacy of Stan Javie is carried on today by Steve, who is in his 25th season as a National Basketball Association official and is one of the best in the business, working 1,500 regular-season games, 215 playoff games and 21 Finals games.

“Dad was a first generation Polish American and proud of it,” said Steve Javie. “His parents came over from Poland when they were young and his father tried to find work. My mother’s parents also came over from Poland, and she too was a first generation Polish American.
“Dad changed our family name (Jaworowski) to Javie back in the sixties. This was the name the family used in the businesses they had so people often called us Javie since it was easier to pronounce and spell.

“Growing up, we had all the Polish traditions during the different holidays including all home-made Polish foods that my Mom was great at cooking and Dad at eating! To this day we still observe the holidays with the Polish recipes my Mom passed along.”

“Then when he was in his late 20′s he took the job at the paint company because the money was a little better for the family,” said Steve. “But he loved teaching and coaching (best).”

And what a teacher he was – especially to aspiring players and officials. Retired NFL referee Red Cashion understood the value of working on the field with Stan.

“The late Stan Javie understood the rules, but more important understood the meaning behind the rules,” said Cashion. “Stan saw more on a football field than anyone I ever knew. But most of all, he loved to train new officials, and he absolutely loved the game for what it was.”

“My Dad stood for everything an official should stand for,” said Steve Javie. “He was a man with great integrity and conviction. He was one of the greatest teachers of officiating I have ever come across. It did not matter that he and I officiated different sports; he knew what was important to gain the respect of the coaches, players and especially your fellow officials.

“In this age of being critical and getting ahead in our career at another’s expense, my father taught me to always be supportive of my fellow officials. He never once criticized another official, no matter what the sport. When he saw a replay and it looked like the official blew the call, Dad would always say no one had the angle on the play that the official did. He was right. We can only call the play with the angle we have at that moment.

“He was an official’s official. He was one you would always want as your partner. He would go into battle with you and have your back. Without his input into my career, I would not be where I am today as an official or as a man. Stan Javie was the best!”

Javie was also notable for being one of the few officials to wear eyeglasses or sunglasses on the playing field during a game. He wore the number 29 for the majority of his career. For the 1979 and 1980 NFL seasons, Javie wore the number 6. To honor his father, son Steve wears number 29 in the NBA.

Stan’s long term as a NFL official ended with his retirement from the league after the 1980 season. He was inducted into the 21st Ward Athletic Association Sports Hall of Fame in Philadelphia: “Through induction into our Hall of Fame, the 21st Ward Athletic Association proudly acknowledges the athletic achievements and contributions of worthy individuals to the sports history of the 21st Ward, and recognizes the positive impact these achievements have had on the youth of our community.”

The NFL officials’ crew which worked with Javie at his final game in 1980 surprised him with a special plaque, presented in the officials’ dressing room to their retiring colleague. Referee Ben Dreith and fellow officials Pat Mallette, Bill Reynolds, Bob Boylston, Ed Ward and Dale Williams were there to sum up this great man’s career.

“Stan Javie left a legacy of excellence in, and dedication to, professional football officiating. His tenure in the NFL reflected the highest level of personal and professional ethics and ideals.

“Owners, coaches, players and colleagues hold him in the highest esteem and confidence. His contribution to his officiating colleagues, the NFL office and the professional officials association are legion.

“Stan was instrumental in developing the talent of many officials through his desire and rare ability to teach officiating mechanics and his philosophy of enforcing the rules. He received the highest compliment possible from his fellow officials.

WE JUDGE YOU TO BE A GREAT OFFICIAL,
STAN JAVIE, AND WE WOULD WORK ANY GAME,
ANY TIME WITH YOU.

HIS MOTTO AS WE SEE IT:

TO TEACH BY EXAMPLE
TO IMPROVE BY NOT ACCEPTING COMPLACENCY
TO UNDERSTAND AN INDIVIDUALS SHORTCOMINGS BY RESPECTING EFFORT
TO ACCOMPLISH EXCELLENCE COLLECTIVELY, NOT AS ONE.

HIS CREED AS HE SEES IT:

I WILL BUILD A BRIDGE FOR YOU TO CROSS OVER
I WILL NOT PROVIDE THE VEHICLE TO CARRY YOU.

IF GOD PUT ANYONE ON EARTH FOR THE PURPOSE OF OFFICIATING
FOOTBALL, IT WOULD BE STAN JAVIE, # 29.

Stan passed away in 2002, just two years following the death of his beloved wife Stella. His legacy and memory are honored by the National-Polish American Sports Hall of Fame at this, the 39th Annual Induction Banquet. To say his family is proud and thankful for this special recognition afforded Stan Javie is probably understated. Our caps are doffed to one of football’s greatest officials ever and a man proud of his ethnic heritage.