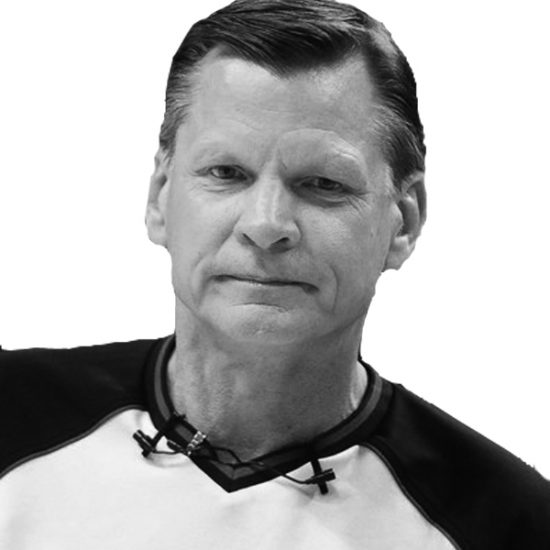 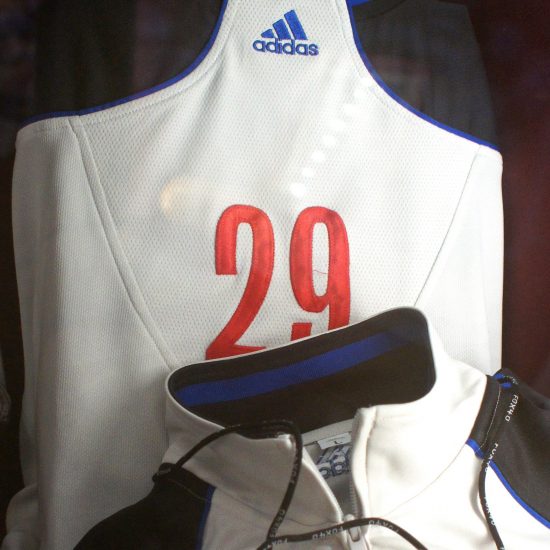 By George Eichorn
The Downtown Monitor and NPASHF Board Member

The 45thannual National Polish-American Sports Hall of Fame opens its doors to a unique father-son sports officiating combination. Steve Javie joins his late father Stan Javie as a member of the Hall.

Six years ago was the last time Steve was at the banquet, on hand to accept his father’s induction posthumously, before a packed house that included a Class of 2011 consisting of Art “Pinky” Deras, Tom D’Eath and Bill Romanowski. Now, Steve Javie is joined by Janusz Bednarski, Gary Kubiak and Juliene Simpson.

Steve is a retired National Basketball Association official who reached the pinnacle of his profession – as referee in 22 NBA Finals games. He perfected his craft among greats in officiating including his father Stan and NBA refs Darrell Garretson, Joey Crawford, Bennett Salvatore, Bob Delaney, and others.

“I was so excited when I received the news,” said Javie, 62.  “In the back of my mind I was hoping that someday I could share this honor with my dad.  That really means so much to me and I think we are only, I believe the second father and son to share this honor.  Very exciting!”

The officiating legacy of Stan Javie was carried on by his son Steve, having completed 25 seasons in the NBA and widely recognized in the top-five in the league having worked more than 1500 regular-season games, plus 215 playoff games and those 22 Finals games.

“Dad was a first generation Polish American and proud of it,” said son Steve. “His parents came over from Poland when they were young and his father tried to find work. My mother’s parents also came over from Poland, and she too was a first generation Polish American. Dad changed our family name (Jaworowski) to Javie back in the ‘60s. This was the name the family used in the businesses they had so people often called us Javie since it was easier to pronounce and spell.

“I was born in the Polish section of Philadelphia called Manayunk. We moved shortly after my birth to the suburbs of Philadelphia called Lafayette Hill.  But (we) always made our way back to Manayunk to visit my grandparents and aunts and uncles.  Mom and dad spoke Polish because their parents were both from Poland but they never taught us much of the language.  They used is to talk around the dinner table about anything that they didn’t want us to know about. Family and extended family was big, especially during the holidays.

Polish customs or traditions in the Javie household were many.

“We would always go to church first during the holidays and then go to both of the grandmother’s houses to feast on all the Polish food they made.  Of course we had the blessing of the table and food at the Easter Vigil, and the sharing of the Oplatek at the vigil of Christmas.

“My grandmothers were very good cooks but my mom was THE BEST cook and baker of Polish food.  She would spend hours in the kitchen during the holidays cooking and baking ALL the Polish delicacies.  I especially remember every Friday in Lent having plackis and chocolate milk for our dinner.  A little salt and a little sweet. I can taste them now.  And nobody made Kruschiki like my mom.  My dad would literally have his own plate of them for dessert and not share with anyone, well except his grandkids!”

What makes you cherish your Polish heritage?

“I think it is the pride that we Polish people have in our families. And also learning from my dad and uncles the generosity and giving nature of these men in helping anyone in need.  That is what sticks with me about my Polish roots.  That and the Polish people are not afraid to work hard to provide for their families (and) their work ethic and their charity.”

Talk about the influence your Dad had on you and your decision to become an official…like in his footsteps?

“My dad’s influence goes way beyond my career.  He was the single most influential man in my life as far as what it took to be a MAN.  He was such a man of integrity and conviction that growing up and I still today feel that if I am half the man my father was I would be a success.  My dad was such a generous man, sharing all he had with his family and friends and people in need.

“As a youngster I enjoyed being around my dad and his referee buddies just as much as being around my friends.  I think that all the refereeing stuff had to rub off.  And then when I was hired by the NBA as a referee I was so fortunate to have my father as a wonderful teacher and mentor.  I was being taught by an official who had so much experience (30 years and 4 Super Bowls) if I didn’t succeed it would have been because of me and not him.  One thing did get him upset – I never officiated football.  I just thought with him as my father I couldn’t win.  People would think if I had success it would all be because of my dad.  So I had to make a path of my own.

Steve could not have asked for a better role model and mentor as he established his career as an official.

“Now, as for my career, he without a doubt was the best teacher anyone could have. I didn’t want to be an official but since my goals of becoming a baseball player went down the drain I just gravitated towards officiating and most likely because of being around my dad and all of his friends.

Javie’s colleague, Delaney, is now the Vice President of Referee Operations and Director of Officials. He spoke admirably of our inductee.

“My first professional basketball game was with Steve Javie in the Continental Basketball Association – 1984 Toronto. Steve’s philosophy of Game first then his partners and himself last was on display every game. His partnering and team officiating skills were tremendous. He was the ultimate teammate on and off the floor. His abilities and capacities for play-calling , rules knowledge and good common sense while maintaining a calm, confidence created an environment of believability, credibility and trust by coaches , players and fellow officials.”

“Congratulations’ to Steve and Mary-Ellen on the great honor of being inducted into the Polish Sports Hall of Fame and for being Hall of Famers in the Game of Life as well! ”

Steve is a family man; he has two siblings: an older brother and sister.  “I couldn’t ask for better siblings than the two of them.  My brother (6 years older) took the time to teach me all about sports and took me to games even though there was that big age difference he always had the time for me.  To this day I call him the best big brother God created.  And my sister and I were and still are very close because of our ages (only 16 months apart). We did a lot together when we were younger.  She is such a loving and caring woman.  (She) takes after my mom.

Steve met his future wife, Mary-Ellen, at the Philadelphia airport. She worked for US Airways part-time but was primarily a teacher in her career.

“So when I was at the airport I would see her and she would upgrade me to first class. So she said marry me and fly for free! That’s an airline joke.  Well even today she continues to upgrade me because she is the nicest person I have ever met (besides my mom, of course).  She has such a big heart and is there to help anyone and everyone in need.

“She has taught me so much in my life but especially she has taught me how to LOVE.  I am such a lucky man.  We have been married coming up on 26 years this August and there really isn’t anyone else that I could be married to besides her.  She is an incredible person!!  God has never blessed us with children, but the both of us are active in our church and charity work in our area.  We both feel so blessed in our lives that we have to give back to those who are less fortunate that us.

Regarding his outstanding NBA career, Javie has many to thank.

“I really owe all of my success to my mentors for being such great teachers.  From my chapter in high school basketball and the guys there to all the people (and there have been many) who have affected my career.  Maybe too many to mention but I will take the liberty to mention a few.  One, of course is my dad.  Without his guidance in refereeing I would not have.  But equally as important for me in my career is my dear friend, Joe Crawford.  I know without him and his teaching I would not have become the referee that I was and would not have the career that I did.  And Darell Garretson had a lot to do with my career. He was my first boss in the NBA and he gave me every opportunity to succeed. He stuck by me and believed in me when things were tough early in my career.

“I just tried to take all the advice that people gave me and use it to my advantage.  And in the end it all worked out.  Now I’m working for ESPN/ABC as an analyst during the NBA telecasts…mostly when the playoffs start. I also do some consulting work for the NBA when needed.

“I really believe that Mike Pierera the Fox football analyst opened the door for the rest of us who are working as officiating analysts because of the wonderful job he had done in the field.”