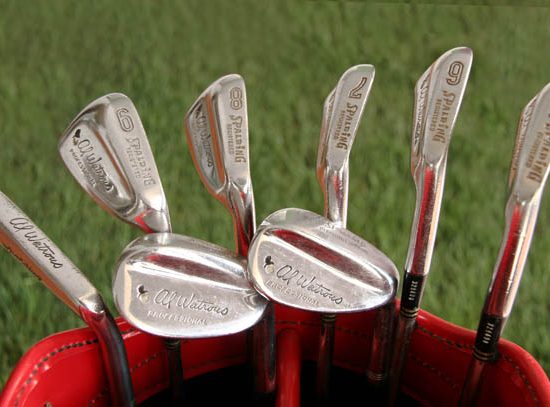 Michigan’s most-titled professional golfer. In 1922, he won the Canadian Open and the first of nine Michigan PGA titles (to go along with seven runner-up finishes in his career). At 23 he was the youngest to win the Michigan PGA and, at 55, the oldest when he won his ninth title in 1954. Watrous won three state pro-amateur titles. He also won six Michigan Open titles, the last in 1950 when he carded 70-70-70-69 for a nine-under 279 total. Watrous three-putted three of the last four holes to barely lose to Bobby Jones in the 1926 British Open. He was a member of the 1927 and 1929 Ryder Cup teams. Watrous won the U. S. Senior Pro championship in 1950, 1951 and 1957, and the World Senior Pro crown in 1957. He had 13 holes-in-one during his pro career.

Albert Andrew Watrous was born on July 22, 1899 in Yonkers, New York and moved to Michigan at an early age.

Watrous gained his first position as golf professional at Redford Golf Club in 1922, the same year he won the Canadian Open at Montreal and gained the first of nine Michigan PGA titles. Al was the youngest (23) to win the Michigan PGA and the oldest (55) when he won his ninth in 1954.

In 1926, he narrowly lost the British Open Championship to legendary Bobby Jones. That same year, Al was a member of the unofficial United States team that played the British in the forerunner of the Ryder Cup Competition. In 1927 and 1929, he took part in the Ryder matches as a team member for the United States.

Watrous captured a record six Michigan Open Championships, the first in 1924 and the last in 1950. He won three state pro-amateur titles with Tom Sheehan as his partner and recorded 12 holes-in-one.

In 1957, Al defeated Britain’s John Burton, 8-6, at Glasgow, Scotland, for the World Seniors professional title after qualifying by winning the National PGA Seniors crown for the third time. In addition, during his career Watrous posted five victories in Michigan PGA competition and played in nine Masters tournaments including the first one.

Watrous served as pro at both Grand Rapids Highlands and Meadowbrook before taking over at renowned Oakland Hills for an unprecedented 37 years.

Of his career, Watrous fondly recalled: “During my time the game was great. Sure money was important but somehow the money didn’t enter into it. We didn’t play because of the money. It was the title. We all managed. The competition was great. It was more fun then, the pressure wasn’t as great.”