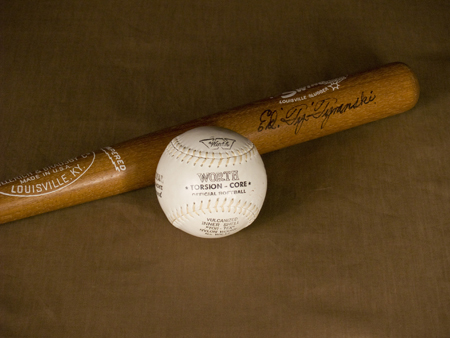 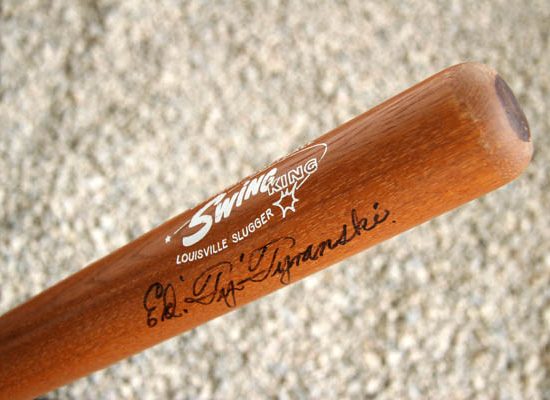 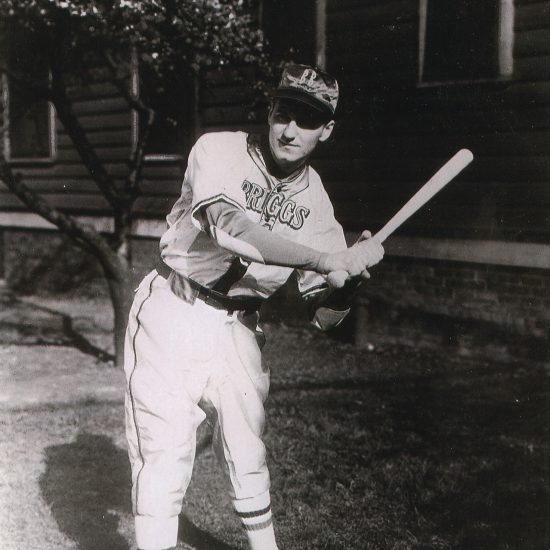 Hustle, speed, bat control: these were the characteristics of Ed Tyson during a 20-year career with the famed Briggs Beautyware teams in Detroit’s softball circles. He led Briggs to two “World Series of Softball” titles, in 1937 and in 1948. Briggs won the metro Detroit title 13 times in 16 years and four regional trophies. In the twilight of his career, he batted an amazing .615 in the world tournament in Texas.

One downward swish of the bat, a glimpse of a fast-moving runner, and the umpire’s ‘safe’ signal- that’s a brief description of Ed (Tyranski) Tyson’s softball prowess for over 20 years. Tyson’s ability to control the bat against the fastball pitching earned the Detroit star thousands of plaudits along the softball trail.

Ed became an infielder of renown – playing the short-center field position when softball was a 10-man game. Later, during the nine-man rules, Tyson shifted to shortstop where he performed equally as great.

Tyson was a two-time member of world softball championship teams. The first time was with the Briggs Manufacturing Company team when they took the Amateur Softball Association of America (ASA) world title in 1936. Eleven years later, Tyson was among the victorious members of the famed Briggs Beautyware team, winning the ASA crown in 1948 at Portland, Oregon.