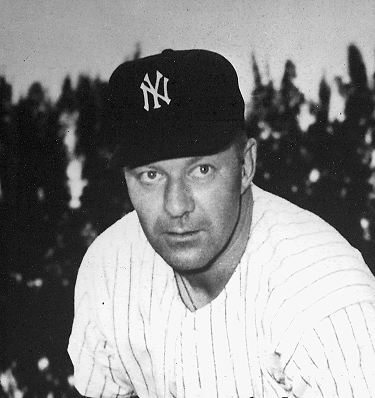 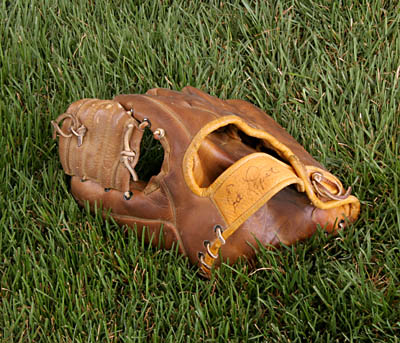 Lopat pitched for seven years in the minors before he made it to the majors in 1944 with the Chicago White Sox. Four years later, he was traded to the New York Yankees, where he remained for eight years, posting a 109-51 record. He led American League pitchers in 1953 with a 16-4 mark and a 2.43 ERA. In five World Series games during 1949-1953, he won four games and had a 2.60 ERA. His 12-year career showed 166 wins and a 3.21 ERA. Lopat’s reputation as a “junk man” was fueled by his trickery on the mound, fooling batters with a variety of slow, slower and slowest throws. He managed the Kansas City A’s in 1963.

Dazzled ‘em with a variety of pitches

Lopat began his professional baseball career in 1937 as a first-baseman for Greensburg in the Pennsylvania State League. He then pitched for Jeanerette in the Evangeline League, Kilgore in the East Texas loop, followed by stints in Shreveport, Longview, Salina, Oklahoma City and Little Rock. In 1944, his years of hard work in the minors paid off as he earned a spot on the roster with the Chicago White Sox.

After four years with the Chisox, Lopat was traded to the New York Yankees. He compiled a winning record with the Yanks, posting 109 victories and losing only 51 games.

He also helped the Yankees reach the World Series five times during this span. In 52 innings of World Series action, Ed compiled a 4-1 record and posted a 2.60 ERA.

Lopat was known as the “junk man” pitcher, fooling the opposition with a wide variety of slow, slower and slowest offerings, much to the dismay of the sluggers at the plate.

Ed managed Richmond of the International League from 1956-58. He was pitching coach for the Yankees and Twins before being named manager of the Kansas City A’s in 1963.

Ed, How do you feel?

Baseball pitchers are often asked, “Did you ever succeed in talking a manager out of taking you out of a game?”

Ed Lopat’s reply? “Lots of time, including Casey Stengel who would listen to you. In the ’53 World Series against the Dodgers, we had Preacher Roe beat 4-2 and they got two on in the ninth with two out and Duke Snider up,” recalled Lopat.

Casey Stengel strolled to the mound with, “How do you feel?”

“Are you sure? You know I’ve got the ‘big guy’ and ‘little guy’ all warmed up.” (Casey meant Allie Reynolds and Whitey Ford).

“I know, but I feel fine,” Lopat replied again.

“Are you sure?” shouted Casey again.

“Look, in six years have I ever lied to you?” Lopat quickly replied.

“No,” said Stengel as he slowly walked away. And what did Snider do?