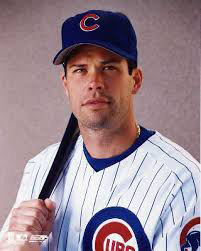 Mark Grudzielanek turned 35 years old in 2005, his lone season with the St. Louis Cardinals. The mid-30s are a period of baseball senescence for many second basemen, but Grudzielanek fought determinedly against the notion that his skills were beginning to wane. Occasionally, that meant earnest disagreements with his boss.

When Grudzielanek arrived to the Cardinals’ clubhouse and learned he was not scheduled to play on a given day, he marched into the office of Hall of Fame manager Tony La Russa.

Grudzielanek carried a few things on those persuasive endeavors: gumption, for one; the lineup card, which he’d removed from its place on the wall; and two pointed questions.

First, Grudzielanek asked La Russa if the gamblers had gotten to him.

Then Grudzielanek asked if La Russa cared about winning.

Grudzielanek therefore would tear up the lineup card, telling La Russa the new one had better have his name on it.

“After reminding him I had the office and he had a locker,” La Russa recalls now, “I played him.”

In other words, he couldn’t deny it.

“When I was able, I played every day,” Grudzielanek says. “I needed to play. Your professional pride made you believe that you were the team’s best option to win a game that day. I was all about winning. It drove me.

“I know that’s a crazy story, but you have to keep that mentality for as long as you can. Every day, you need to earn the right to play. You can’t just assume things will be all right without putting forth the energy and time to get better.”

Grudzielanek’s determined approach and dependable production are among the reasons he joins the National Polish-American Sports Hall of Fame in its 2019 class. Over a 15-year career in Major League Baseball, he collected more than 2,000 hits while earning an All-Star selection with the Montreal Expos in 1996 and Gold Glove as a Kansas City Royal a decade later.

“This Hall of Fame is so special, because it’s a piece of you and a piece of your family,” Grudzielanek says. “It’s a tribute to the way that I played, and the belief that I had, that I went about the game in the right way. To be recognized later in my life for that is truly an honor.”

Grudzielanek credits his two older brothers, Tim and Tom, for pushing him to improve athletically throughout his childhood. Grudzielanek spent his early years in Milwaukee, where his parents, Raymond and Patricia, also were born and raised. Patricia worked outside the home at various points but focused intently on her role as a mother. Raymond, who is of Polish heritage, was a reserve police officer in Union Grove, Wis.

“I absolutely looked up to him, as a guy in uniform,” Mark says of his father, who’s now retired and living in Florida. “He stressed the importance of following codes and orders. I became very detailed in a lot of the things I did, and that’s where a lot of that came from.

“I’m a neat freak. I tend to pay attention to the little things of my job. For me, it’s either done right or I don’t do it at all. That definitely flows from my dad. As a kid, I would hear the stories of things he’d done or seen. That wakes you up, when you have that as part of your life.”

Raymond and Patricia divorced when Mark was seven years old. Mark relocated to El Paso, Texas, before his sophomore year of high school, when his stepfather, Leonard Asmann, went to work as a mechanic for the Southern Pacific Railroad. The move transformed Mark’s professional future.

Football and basketball were the priority sports at Oak Creek High School in Wisconsin, where Mark spent his freshman year. Basketball was Mark’s favorite sport at that point, and he made the varsity team as a freshman. But in Texas, he found greater opportunities to play baseball.

“If we didn’t move to El Paso, there’s a very good chance I never would’ve played pro ball,” Grudzielanek says. “I probably would’ve kept pursuing basketball. Living in Texas opened up a lot of opportunities for me. The weather was much better. Baseball was huge down there, and that helped me start playing the sport more often.”

Even then, a future in college baseball — to say nothing of the major leagues — was far from certain when Grudzielanek graduated from Hanks High School in El Paso. He planned to play baseball and basketball at Oklahoma State, only to be told two weeks before school began that he wouldn’t have the full athletic scholarship he’d been promised.

Stung by the turn of events, and unable to afford the tuition required to walk on at a Division I university, Grudzielanek enrolled at a local community college to build up credits for one year — even though he wouldn’t be able to play baseball. Ultimately, he found his way to Trinidad State Junior College in Colorado, where head coach Nino Giarratano helped Grudzielanek become an 11th round pick of the Expos in 1991.

The route was indirect — Milwaukee to El Paso to Trinidad, Colo. to Montreal — but it led to a .289 batting average over more than 1,800 games in the major leagues. Grudzielanek made two postseason appearances, including with the 2003 Chicago Cubs, who came achingly close to ending a curse that lived another 13 years. Grudzielanek was playing second base when an error by shortstop Alex Gonzalez — on a possible double-play grounder from rookie Miguel Cabrera— turned momentum in the National League Championship Series.

“Like it was yesterday,” Grudzielanek says. “That was very hard. There are very few days — even now — when that year is not brought up, going to different ballparks.”

Eric Karros, a teammate of Grudzielanek’s on the Dodgers and Cubs, describes him as “one of the best guys I ever played alongside.” While Grudzielanek always had a serious approach to the game, he realized the importance of humor during a long season. Karros recalls the unique way the two of them called for pop-ups between first and second base. Rather than the usual “I got it!”the duo opted for “Better not drop it!”and perhaps more colorful versions of the phrase.

“An exceptional athlete,” Karros says. “He could easily dunk a basketball, as well as hit a golf ball a mile.”

Grudzielanek continues to work in baseball today, in his third season as manager of the Triple-A Charlotte Knights in the prospect-rich Chicago White Sox farm system. The next generation of the Grudzielanek family is involved in the game, as well, with sons Bryce (16 years old) and Brody (12) both playing travel baseball.

Bryce and Brody may not have witnessed their father’s legendary exchanges with La Russa at the old Busch Stadium, but the results are worth noting now: Grudzielanek logged 137 games for the Cardinals in that 2005 season. The only Cardinal to play second base more often, at age 35 or older, was Hall of Famer Miller Huggins — in 1914.

Grudzielanek played five more seasons after that, concluding his career with the Cleveland Indians in 2010. Today, the eternally competitive La Russa describes Grudzielanek with one of his most revered appellations: “He helped us win.”