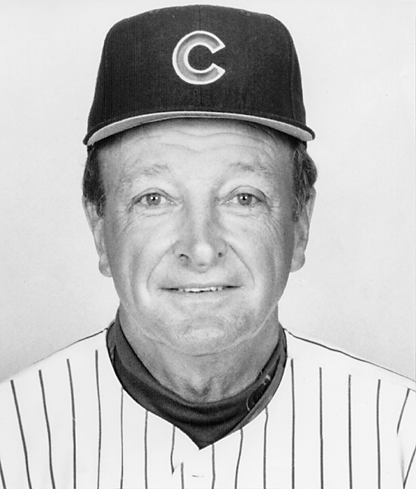 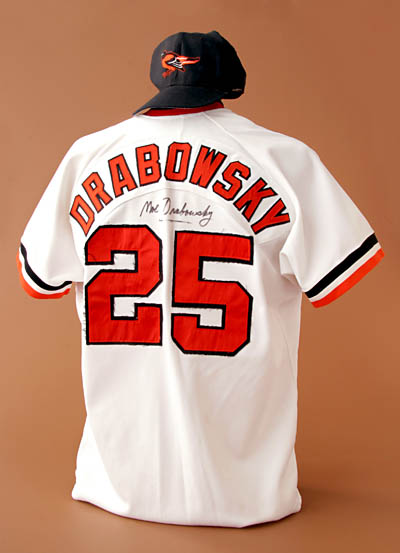 Born in Poland, Drabowsky and his parents moved to the United States when he was three years old. Moe fell in love with baseball as a youngster and went on to a 17-year career (1956-72) in the major leagues. He originally signed out of Trinity College in Connecticut and began his pitching career with the Chicago Cubs. He later played for the Braves, Reds, Royals, Orioles, Cardinals and White Sox. Pitching mostly in relief, his lifetime record was 88-105. However, he racked up a ton of saves long before major league baseball began compiling this important statistic. Drabowsky’s greatest years were 1966 and 1970 when he helped the Baltimore Orioles win two World Series titles. He played a big role in the four-game sweep over the Los Angeles Dodgers in 1970, winning game two with six and one-third innings of brilliant relief work. He allowed only one hit and struck out 11 batters, including six in a row. The right-hander’s ERA in the two Fall Classics was a phenominal 0.90. Drabowsky hurled two one-hitters in his career. In one of those near perfectos, the only hit came off the bat of fellow National Polish-American Sports Hall of Famer Ted Kluszewski of the Cincinnati Reds. After retirement Drabowsky stayed in baseball as a coach.

The “Machine” was a Fierce Competitor

Drabowsky’s path to baseball stardom began in Poland where he was born in Ozanna in 1935. Three years later he and his parents, Michael and Frances, along with sister Marianne, immigrated to the United States and settled in Hartford, Connecticut. Adjusting to diverse surroundings and language limitations was trying. “Not being able to speak English until the first grade was a struggle,” Moe admitted.

It wasn’t long before young Moe became more comfortable and acclimated to the American lifestyle. He developed an affection for baseball and was a big Boston Red Sox fan. He still recalls the great Red Sox-Yankee battles. “My favorite player was Bobby Doerr, Boston’s great second baseman. I idolized him and wanted to play second, but my prep school coach noticed that I had a pretty good arm and converted me to a pitcher.”

The 6-foot-3, 195-pound hard throwing right-hander was good enough to make the Trinity College baseball team in Hartford, and it wasn’t long before he caught the eye of major league scouts.

Drabowsky explained that during his collegiate career sports writers misspelled his last name. “It actually ends with an ‘i’ but somehow they spelled it with a ‘y’ and we just went along with my new name.”

The Chicago Cubs won the bidding war for Drabowsky, and he went right to the big leagues in l956. He won 13 games in his first full season for the Cubs and played in Wrigley Field for four and a half years. “I struggled for a few years after developing arm trouble,” conceded Moe. “Then I made some delivery adjustments and became a pitcher instead of a thrower. I also became a student of the game, analyzing hitter’s strengths and weaknesses, and this is how I survived.”

And survive he did! Pitching 17 years in the major leagues (1956-72) is what Moe terms his “greatest achievement.” The Polish-born hurler played for 16 different managers on seven teams – Cubs, Braves, Reds, Royals, Orioles, Cardinals and White Sox. Pitching mostly in relief, his lifetime record was 88-105. However, he racked up a ton of saves long before major league baseball began compiling this statistic.

Drabowsky’s greatest years were 1966 and 1970 when he helped the Baltimore Orioles win World Series championships. The Orioles’ four-game sweep of the Los Angeles Dodgers in the 1966 fall classic featured one of the most brilliant relief pitching performances in World Series history. In the opening game, Baltimore was ahead, 4-1, in the bottom of the third inning. Starter Dave McNally loaded the bases on walks with only one out. Manager Hank Bauer summoned “The Machine” out of the Oriole bullpen. This was Moe’s nickname because he required very little time to warm up. He retired the first batter, walked the second for LA’s second run and then allowed only one hit in the last six and one-third innings. Along the way, Moe fanned 11 batters, including six in a row, both World Series records. It created a tremendous impact on the outcome as the Dodgers were held scoreless over the final 33 innings, and the Orioles easily won baseball’s biggest crown.

“What a great performance by the Orioles and Drabowsky,” recalled fellow NPASHF inductee Ron Perranoski who appeared in two of the games out of the LA bullpen. “Moe certainly set the stage with his great relief work.”

Being the winning pitcher in the first game accomplished one of Drabowsky’s goals. “I still kid McNally about walking the bases loaded to give me the opportunity to win a World Series game.”

Always regarded as a fierce competitor, Drabowsky once hit four batters in just two and a third innings for the Cubs. “The Cincinnati Reds trounced us 22-2 the day before with Frank Robinson’s two homeruns leading the way,” Moe recalled. “I wasn’t going to give Frank any fastballs and planned to pitch him tight. I hit him in the shoulder in the first inning and in the ribs in the third. I hit two other batters to set a major league record, but nobody charged the mound. That’s the way it was back in the old days.” Much to his chagrin that wasn’t the toughest part of the day. “Normally when a pitcher is taken out, he goes to the clubhouse. However, in old Crosley Field you had to walk through the Reds dugout to get there. It was either that or sit on the bench for the next six innings. So I said ‘The heck with it’ and went to the locker room. There was a little chirpin’ going on, but not bad. I guess I gained some respect.”

Drabowsky hurled two one-hitters in his career. Ironically, the first came against the same Cincinnati team in his next start at Wrigley.

Ted Kluszewski, who later was elected in the National Polish-American Sports Hall of Fame, got the Reds’ only hit. “We put the shift on Big Klu because he was a pull hitter and he hit it through the infield right where the second baseman would normally be positioned,” Drabowsky explained. He threw his other near-perfect game for the Kansas City Royals against the old Washington Senators.

Moe went to KC in the expansion draft after compiling a 7-5 mark in 1967. A year and a half later the Birds reacquired him. Baltimore went on to win another World Series title in 1970 and Moe’s ERA in the two championship series was a phenomenal 0.90. He made 153 lifetime appearances for the Orioles and compiled a 21-11 won-lost record with a 2.34 ERA.

Formerly a pitching coach for the Cubs, Drabowsky is back with the Orioles as a minor league pitching coach. He and his wife Rita reside in Sarasota, Florida.

The first and most recent inductees into the National Polish-American Sports Hall of Fame were involved in one of baseball’s historic plays back on May 13, 1958, in Chicago’s Wrigley Field.

“Actually, I call it the ‘Polish Triangle’ because a third player of Polish descent was involved,” pitcher Moe Drabowsky explains. “The Cubs were playing the St. Louis Cardinals in the last of a three-game series. The day before Stan Musial, who became the first NPASHF inductee in 1973, slapped out two hits and was only one shy of the coveted 3,000 mark. With Drabowsky scheduled to start, the Cards decided to keep Musial on the bench so he could get his 3,000th the next day before the home crowd in St. Louis.

“I probably should have been happy Stan the Man wasn’t in the lineup. But I was disappointed. You always want to face the best. As long as the Cubs won the game, I did not care if he got the big hit,” Moe said.

As fate would have it, with the Cardinals down by two runs in the sixth inning, Musial was called up to pinch hit with two runners aboard. He punched a double to leftfield off Moe for his 3,000th hit, giving St. Louis a 3-2 victory.

“We call that our Polish Play,” said Moe. “Drabowsky pitched it, Musial hit it and Cub leftfielder Walt ‘Moose’ Moryn fielded it – hence the Polish Triangle.”