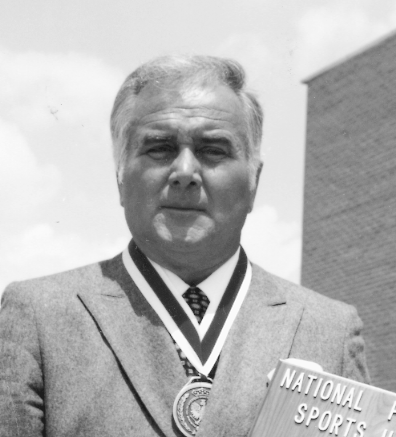 The New Jersey native was one of the premier relief pitching specialists in the major leagues from 1961 to 1973, posting a 79-74 record, 179 saves and a 2.79 ERA in 737 games covering 1,237 innings. He pitched for the Los Angeles Dodgers, Minnesota Twins, Detroit Tigers and California Angels. He led the National League in games pitched in 1962 and 1963. His top winning season was 1963 when he had a 16-3 record and 1.67 ERA for the Dodgers. He remained in baseball after his playing days as a pitching coach.

The New Jersey-born Ron Perranoski was one of the premier relief-pitching specialists in the major leagues. After spending three years in the minor leagues, Perranoski was traded by the Chicago Cubs to the Los Angeles Dodgers and started his major league career with the West Coast team in 1961.

Perranoski compiled a lifetime record of 79-74 with a 2.65 earned run average posting 179 saves in 1,237 innings of mound duty, appearing in 737 games. He pitched for the Dodgers, Minnesota Twins, Detroit Tigers and California Angels in his 13-year major league career.

In 1962, Perranoski became the stopper of the Dodgers’ bullpen and was the mainstay of the relief staff through 1967. His effectiveness was enhanced by his ability to use the fastball, the curveball and the sinker with equal results.

His top winning season was in 1963 when he compiled a 16-3 record for the Dodgers with an amazing 1.67 ERA and led the National League with a .842 percentage.

While with the Twins, Perranoski continued his bullpen excellence. He led the American League with 31 saves in 1969 and repeated this accomplishment with 34 saves in 1970. In both years he was named TSN American League Fireman of the Year. He appeared in ten American League Championship Series games for the Twins over those two seasons.

After retiring as a player, Perranoski worked in the Los Angeles system for many years, first as a minor league pitching instructor and then as the successful pitching coach of the Dodgers under manager Tommy Lasorda.

“We’re fortunate to have Ron in our organization,” former Dodgers’ Vice President of Player Personnel Al Campanis once said. “Perranoski has such a fine reputation with so many of our young pitchers who have come up through our own organization.”