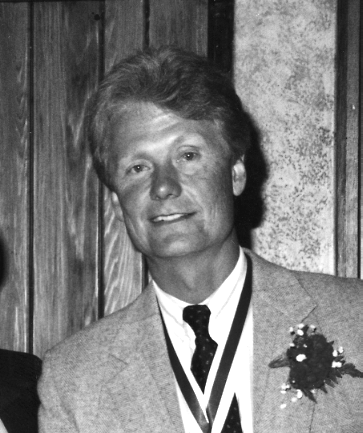 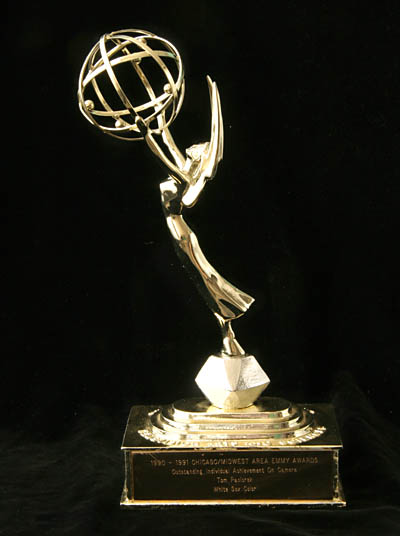 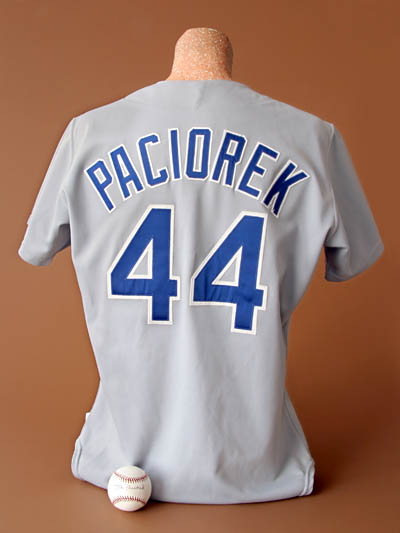 One of four brothers to play professional baseball, Paciorek chalked up a .282 average in an 18-year career (1970-1987) with the Los Angeles Dodgers, Atlanta, Seattle, Chicago White Sox, New York Mets and Texas. His career-best year came in 1981 at Seattle when he batted .326, second-best in the American League, and played in the All-Star Game. Down the September stretch in 1983, he hit well over .400 to lead the White Sox to the American League West Division championship. He finished the year at .307 (his third straight year at .300 or better) and a team-leading .462 slugging average. An All-American in football and baseball at the University of Houston, Paciorek played shortstop on the Hamtramck (Mich.) 1961 Pony League world champions.

He Wasn’t “Wimpy” about His Passion for Baseball

The Chicago White Sox clubhouse, in the spring of 1983, was not a happy place.

It was only April, and the season already was a long one. Carlton Fisk had told the world he didn’t think much about Tony LaRussa’s managerial skills.

Tom Paciorek shared Fisk’s assessment in silence. A .312 hitter the year before, now he was relegated to part-time duty, batting a measly .240, stewing on the bench, counting the splinters he picked out of the seat of his pants while LaRussa laced the lineup with players much younger than the 36-year-old native of Detroit’s east side and near-legend of Hamtramck’s schoolboy fields of dreams.

More lava flowed three days later: “What makes LaRussa think he can manage a ball club? This is war now. I have a dislike for the man. No question, he’s done me wrong. And anybody who’s done me wrong, I can’t like.”

Within a month, LaRussa, who said this was his strategy all along, restored Paciorek to the lineup, and the White Sox started to win. And win. They won 99 games and claimed the American League West Division title by 20 games.

Down the September stretch, no one wielded a hotter bat in baseball than Paciorek. He hit well over .400 and wound up-as he had angrily vowed he would-over .300 for the season with a .307 average (his third year in a row at .300-plus) and a team-leading .462 slugging percentage.

Paciorek carried his heroics into the AL Championship Series against Baltimore with a game-winning single in Chicago’s only playoff victory. By then, his spring of discontent was a distant memory. Paciorek had apologized to LaRussa and, two years later, when Chicago peddled him to the New York Mets, Paciorek confessed his admiration for LaRussa and called the White Sox a “first class organization.”

The summer of 1981 was Paciorek’s career-best year. He was Seattle’s Most Valuable Player with a team-leading .326 average, runner-up in the American League batting race, and was second in the league with 13 game-winning RBIs, and third best with 28 doubles and 205 total bases (for a .509 slugging average).

He played in the only All-Star Game of his career on the American League squad, delivering a pinch-hit single in his only trip to the plate.

Nicknamed “Wimpy” for his voracious appetite for hamburgers, Paciorek was equally passionate about playing sports. One of five brothers in a highly-charged, competitive home life that revolved around athletics the four seasons of the year, he was hailed by Hamtramck’s hometown paper as “one of the greatest athletes ever to graduate from a Hamtramck school.”

He scored the run in the 10th inning of the 1961 Pony League World Series that gave Hamtramck a 2-1 victory over San Antonio, Texas. He followed an illustrious career at St. Ladislaus High School with two-time All-American honors in football and baseball at the University of Houston, where he earned a degree in education.

Picked by the Miami Dolphins in the American Football League draft, Paciorek opted for baseball instead when the Los Angeles Dodgers made him their fifth-round choice in the June 1968 draft.

In 1971, Sporting News named him “Minor League Player of the Year” after batting .307 and slamming 27 home runs with 107 RBI for the Dodgers’ AAA team at Albuquerque. He made it to the majors to stay in 1973.