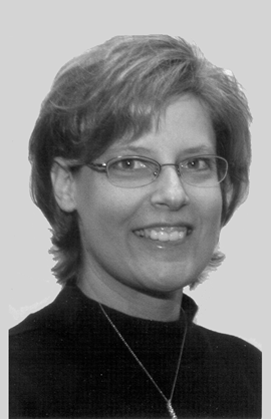 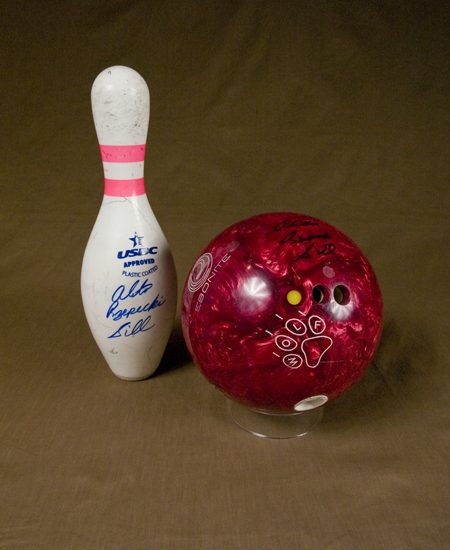 Competing on the Pro Bowlers Tour for 22 years, Aleta Rzepecki-Sill was the first woman bowler to earn $1 million in a career.  From 1980 to 2001, Rzepecki-Sill won a total of 31 LPBT-PWBA tour events, including the U.S. Open in 1994 and 1998.  She was the LPBT-PWBA prize money leader six times, from 1983-86, and again in 1993 and 1994, while being named as a WIBC All-American on eight separate occasions.  Aleta was chosen by her peers as the tour’s “Player of the Year” in 1984, and was selected by the Bowling Writers Association of America as “Bowler of the Year” in 1984 and 1985. She is the only bowler, male or female, to win pro bowling’s Triple Crown twice.   She has rolled 31 perfect 300 games, and a high series of 815.  She was elected into the Professional Women Bowlers Association Hall of Fame in 1998.

By:  Michelle Mullen
Member of Bowling Writer’s Association of America

Being the first woman to make $1,000,000 rolling a bowling ball is Aleta Rzepecki-Sill’s most authentic accomplishment in women’s sports history.  To know that early in her career she claimed $3000 for first place is to know that she bowled really well, for a long period of time.

Coached by Joe Naso and bowling in the typical Saturday morning youth league, this 14 year-old talent was inspired when Naso took her to watch the professional women’s tour that stopped in town for a tournament in 1976.  That’s when Rzepecki decided she wanted to be a professional bowler.

Unlike other sports where you are recruited to a college team and are scouted onto a professional sports team, Rzepecki took the only route available to begin one of the most prolific careers in sports.  She joined the WPBA (Women’s Professional Bowlers Association) in 1980, at 18 years old.  “I just wanted to bowl; I had no expectation,” says Rzepecki-Sill.  Sill’s maternal grandparents, Adeline (Szczawnski) and Steve Zuke, paid her early entry fees for her to seize the opportunity to bowl against the best bowlers in the world.  At 18, she finished 11th in her first pro tournament at North Hill Lanes in Rochester, MI.

Rzepecki went on to win her first tournament in 1981.  But, 1982 was not a good year.  “I thought about whether or not this was what I wanted to do.” Sill continues, “I spoke with (fellow competitor, Dana Miller-Mackie’s mom) Dee Miller, and she said, ‘Why don’t you just give it one more year? Once the year is over, take a look at your bank account and analyze the year and see what it looks like to you.’ Miller added more advice, ‘Say this in the shower everyday:  I am a fantastic bowler, I accomplish all my goals with ease, God will take care of all else for me.’”  That was the year Aleta Rzepecki won her first major, the WIBC Queens, and was the LPBT Runner-Up Bowler of the Year, at age 21.  Rzepecki then paid back her grandparents and backed herself on tour, which included travel, hotel, food, equipment and entry fee expenses, with no guarantee of earnings.

Aleta Rzepecki-Sill is now a member of  7 Halls of Fame, and is the youngest to be inducted into the WIBC National Hall of Fame, at age 33.   Sill is also the only bowler, man or woman, to win bowling’s “Triple Crown” twice.  She was named a Detroit Dream Team Legendary Athlete, along with Red-Winger, Gordie Howe and Boxing Champion, Joe Louis.

Retired from professional bowling in 2001, Sill’s ‘post bowling career’ is as prolific as her competitive years.  Sharing her knowledge and experience with bowlers of all skill levels, Sill now owns Aleta Sill’s Bowling World Pro Shop and Your Bowling Coach, specializing in drilling bowling balls and coaching bowlers of all levels.  For Sill, it is a labor of love and a most rewarding aspect of her career. “At this point in my life, I just love helping someone bowl better because of what I have learned.”  This iconic woman in sport’s history continues,  “It makes them so happy, and it makes me even happier.”

Reflecting on her Polish heritage, Aleta recalls making city chickens with her Grandma Adeline on Christmas Eve, as early as 5th grade; a tradition Sill has continued since her Nana’s passing.  “I loved her so much, and preparing them now at the table reminds me of us doing it together.”  Sill adds, “And when Nana did not want me to know something, she’d talk Polish. But, I did understand her Polish phrases for ‘Give me a Kiss’ and ‘Oh, Mother of God!’”

On her paternal side, Grandma Rzepecki made the best cabbage rolls, golumpki,
pierogies and kielbasa for the holidays.  “Now that they are gone, I miss and appreciate the flavor and effort that went into such great food. It is my favorite food to this day.”

On being the first woman bowler to reach $1,000,000 in earnings, Sill offered, “It was obviously a milestone and a great accomplishment and there was a lot of pressure but, when it happened, I could finally say that I did it.  I was the first.”