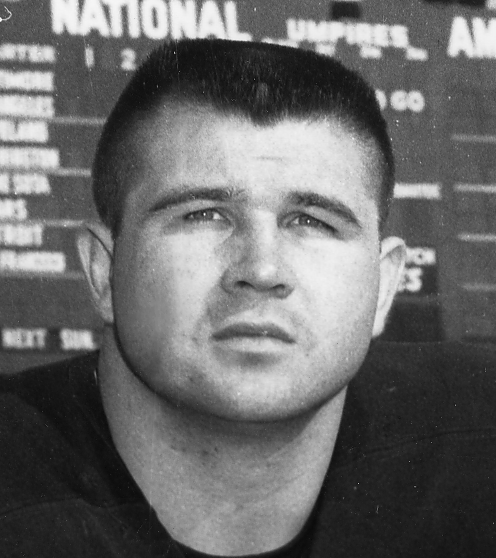 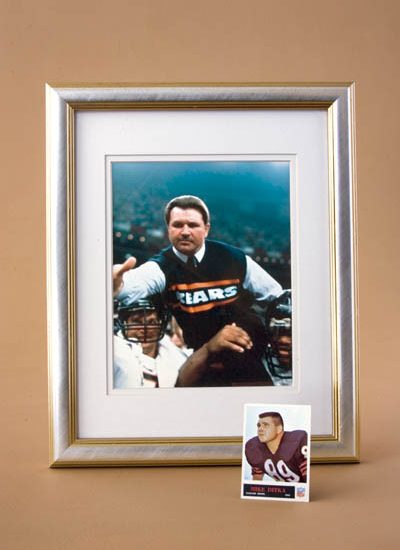 Mike Ditka was a consensus All-American tight end at the University of Pittsburgh before being drafted by the Chicago Bears in 1961. “Iron Mike” was named Rookie of the Year and earned All-Pro honors 6 consecutive seasons in his 12-year pro career. Ditka won a Super Bowl as a player with the Dallas Cowboys in 1970. He retired in 1972 with career totals of 427 receptions, 5,812 yards and 43 TD’s. As head coach of the Chicago Bears (1982-92), Ditka was named NFL “Coach of the Year” in 1985 and 1988. After a 15-1 record during the regular season, Ditka led Chicago to the 1985 Super Bowl Championship. He is only one of two men to have won a Super Bowl as a player, assistant coach and head coach. Ditka was elected to the Pro Football Hall of Fame in 1988.

Mike Ditka has done it all in his football career that has spanned seven decades: All-State, All-American, All-Pro, Super Bowl winning coach, television commentator and Pro Football Hall of Famer.

And now his people are honoring him with induction into the National Polish-American Sports Hall of Fame.

Ditka was the first of four children born to Michael and Charlotte. His father was the son of a Ukrainian father and a Polish mother, while his mother was of Irish-German heritage. The original family name was “Dyzcko” and was often pronounced “Disco”: hence the name change. The elder Ditka was an ex-Marine and worked in the steel industry.

“From my father I learned a work ethic: you get out of life what you put into it,” young Mike recalled. “Later, during my coaching career, I came up with my own code word for teamwork – ACE: Attitude, Character and Enthusiasm.”

Ditka grew up in Aliquippa, Pennsylvania, along the Ohio River and northwest of Pittsburgh. He played sports “day and night” and also was a good student. “My father wanted me to be good enough to get a college scholarship and not have to work in the steel mill,” he explained. “I played all sports, but my hero was Stan Musial. He was Polish and from Donora, south of Pittsburgh, and the greatest baseball player that ever lived.”

Many scholarships were offered, but Ditka chose Pitt because he wanted to become a dentist. At Pitt, he soon discovered that he had more of a future knocking teeth out than fixing them. “The Hammer” led the Panthers in receiving for three years, in addition to playing linebacker and doing the team’s punting, and was named a consensus All-American in 1960.

The Chicago Bears made Ditka their No. 1 pick in the draft and the 6-foot-3-inch, 225-pound tight end began a 12-year playing career in the National Football League. In that era, the tight end was considered mainly a blocker, who would occasionally catch a short pass. However, with his speed and pass catching ability, Ditka turned the position into a formidable offensive weapon. He was the total package: a tough athlete with strength and speed, a high football IQ and fierce determination. In his first season with “Da Bears,” Ditka was NFL Rookie of the year as he caught 56 passes for 1,076 yards and 12 touchdowns.

Ditka was considered the NFL’s best tight end in the 1960s and earned All-Pro honors six consecutive years. His best season was 1964 when he hauled in 75 passes in 14 games. That record for tight ends stood until 1980 when the schedule was expanded to 16 games.

The Bears traded Ditka to the struggling Philadelphia Eagles in 1967. After two undistinguished seasons, Ditka jump-started his career by signing with the Dallas Cowboys. Coach Tom Landry made him a big part of the Dallas offense and several years later he won his first Super Bowl ring when the Cowboys won it all with a 24-3 victory over the Miami Dolphins. Ditka caught a touchdown pass in that game.

Plagued by injuries, Ditka retired in 1972 after compiling pro career totals of 426 receptions, 5,812 yards and 43 TDs. He stayed with the Cowboys as an assistant coach for nine years and picked up another ring when Dallas won Super Bowl XII over the Denver Broncos, 27-10.

Now it was time for “Iron Mike” to move up to a head coaching position and the legendary George Halas came calling. “Papa Bear” handpicked his former star player to revitalize the Bears in 1982. Under Ditka, Chicago again became the “Monsters of the Midway” and in 1985 the Bears enjoyed one of the most dominating seasons in NFL history. They lost only one of the 16 regular-season games, then crushed the Los Angeles Rams and New York Giants by a combined score of 45-0 in post-season play. In Super Bowl XX, it was all Chicago as the Bears buried the New England Patriots, 46-10.

Ditka stayed with the Bears for 11 seasons and during that time was named NFL “Coach of the Year” in 1985 and 1988. After the Bears fell to a 5-11 record in 1992, Bears management fired Ditka. “I was grateful because I no longer had that burning desire. I had lost my enthusiasm for the job,” he explained.

Ditka then joined NBC-TV as a studio analyst on NFL games and was most entertaining because of his volatile personality and strong opinions. However, he returned to the coaching ranks in 1997 when the New Orleans Saints convinced him to sign a three-year contract. It was a bad move as the Saints never had the personnel to compete, winning only nine of 48 games in three seasons.

In 1988, Ditka became the first tight end inducted into the Pro Football Hall of Fame in Canton, Ohio. He is one of only two men to have won a Super Bowl as a player, assistant coach and head coach. Ditka also is one of only four head coaches to record more than 100 victories in only 10 seasons. He led the Bears to 52 wins (1985-88) – the most ever by an NFL team in any four-year span.

Ditka is an American icon, but his life and career have had special significance for Polish-Americans. He not only took pride in his ethnicity, he reveled in it. His heritage and upbringing were not just components of who he was, they were a big part of the reason for his success. He’s a man who combines ample professional skill with fierce determination and a tireless work ethic.